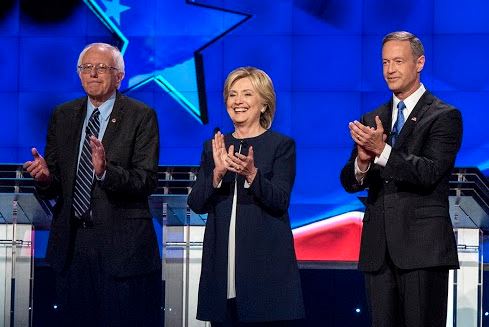 The most recent debate saw relatively low ratings, but a live-stream on the Google-owned platform could help propel growth for the next round.

YouTube has partnered with NBC News to stream the final U.S. Democratic debate live on Jan. 17.

The full debate will be broadcast simultaneously on NBC News’s YouTube channel, as well as its linear channel, at 9:00 p.m. EST.

Through the partnership, NBC will gain access to real-time Google Trends data. It will also forward questions from the YouTube community to the candidates.

The instant feedback nature of social media and digital video has made the live streaming of debates an increasingly popular choice. In the summer, Facebook partnered with Fox News for the broadcast of the Republican primary debate, although Facebook did not actually stream the debate but ran real-time polls and forwarded user questions from the social media platform to the candidates. Shortly thereafter, CNN live-streamed the Democratic debate in VR through the NextVR app (CNN did not make the numbers for that initiative public).

Capturing the attention of a younger audience could also be vital to the results of the election: Research by the Center for Information and Research on Civic Learning and Engagement showed in 2012, the youth vote was vital to the election and was part of what ensured President Barack Obama’s victory. Obama won the vote of 67% of voters age 18 to 29. About half of eligible voters in that demographic voted in both the 2012 and 2008 presidential elections.

The most recent Democratic debate, which took place Nov. 14 on CBS, reported relatively low numbers for this election — approximately 8.5 million people tuned in, according to Nielsen (by comparison, more than 20 million people watched both the first and second Republican debates, which were broadcast on Fox and CNN, respectively).

But by broadcasting on YouTube, the debate will be opened up to more than one billion global users. According to its own statistics, YouTube users watch more than five million hours of news on the platform every day.

In a blog post announcing the partnership, YouTube promised more election coverage in 2016, but did not provide any specifics on what it will be covering. This is the first time YouTube has been tapped to live-stream a political debate, although YouTube recently partnered with NBC to promote one of its linear television shows, Heroes Reborn and the 40th anniversary of Saturday Night Live.