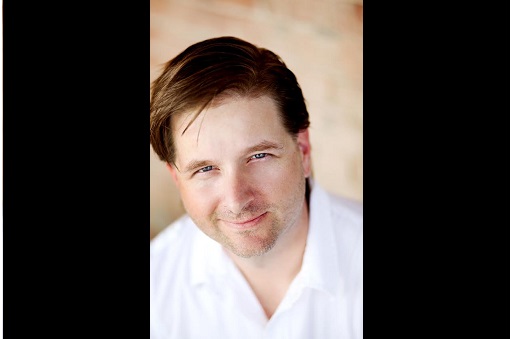 Skip the pre-roll, up the quality and other tips for streaming success

The Limelight Networks' survey finds a growing demand among viewers for online video, but quality and price remain stumbling blocks.

Eleven years after streaming into our lives, YouTube is still the go-to platform for online video for viewers across all age demographics, but especially millennials, according to a new global study by Limelight Networks.

Just don’t show an ad at the start of that video, unless it can be skipped, the survey found.

“Really, any kind of interruption is increasingly leading people to abandon videos,” said Jason Thibeault (pictured), senior director of marketing strategy with the Tempe, Arizona-based tech firm that works with clients such as MTV, Disney and Amazon to distribute online video.

The study polled residents in four English-speaking global markets, including the U.S., Canada, U.K. and Australia. It’s the second study examining the state of digital video in eight months from the company.

“The question is, have we reached a tipping point yet? At what point is the momentum of the push towards digital video greater growing downhill than it is going uphill,” he said.

According to the study, the answer is a definite “no.” Online video consumption continues to rise. In fact, between April 2015 (when the last study was conducted) and December, researchers found an overall upswing not only in the number of people watching online video, but also in the amount of video being consumed.

Among the results, more than 83% of consumers watch on-demand video, an increase of 4% since April. The percentage of consumers watching four or more hours of on-demand video a week increased to more than 36%, as compared to 30% earlier this year. Among Millennials, the greatest jump was in those that watch 10 or more hours of video per week (nearly 20% vs. 15% in April).

And, as a rash of OTT devices and applications make it easier for viewers to tap into streaming options, people are taking advantage of the market. Among all the choices, consumers are leaning heavily towards smart TVs that offer online video apps — 30% of respondents choose this option when asked what device they currently own that enables them to stream programming. Xbox came in a distant second at nearly 24%, while nearly a third (29%) said they didn’t own a device of any kind.

Millennials are the most likely to subscribe to an OTT service (which, in the case of this study, includes subscription VODs such as Netflix, Hulu and Amazon). More than 40% of people in this age group pay to access at least one online video platform — a figure up from 34% in April. More than 20% pay for two services, up from 12% in the earlier study.

Millennials also love YouTube: with 54% of people in this age demo showing a preference for the ad-supported platform over other paid and free services (including Facebook, Instagram and Twitter). YouTube was also a favourite across all age demos, winning 47% favor among respondents. By comparison, only 25% of those surveyed selected SVODs such as Netflix, Hulu and CBS All Access as their most-watched platform.

Thibeault said the current study did not ask respondents to specify preferred streaming platforms based on length of content. However, according to the earlier (April) report, peole are more likely to watch short content on YouTube and turn to SVOD services for longer-form movies or TV series.

At the same time, most people, including millennials,  aren’t quite ready to cut the cable cord. The latest study found the majority of respondents are willing to ditch their TV packages, but most (50%) say they won’t do so until they can get all the content they want to watch — and here’s the catch — for free (that includes eliminating any form of payment to an OTT provider such as Netflix or Amazon.)

“It all comes down to price,” said Thibeault.

Video quality is another factor holding people back from cutting the cord.

“We have a term for it: Broadcast quality,” said Thibeault of consumer expectations. “As we start to see…more and more people migrating to online video versus traditional television, they are going to want higher quality.

“The problem is, they go to online services and they get buffering and delays. They don’t get that broadcast quality,” he said.

The study found poor playback quality was most likely to cause a viewer to abandon a video; more so even than the number of ads and buffering issues.

Thibeault said the findings are likely driving many OTT providers (such as Vimeo, which is currently in the process of updating its platform) recent shift to 4K and high-definition.

“They (viewers) are looking for broadcast-quality video and that is what is going to drive them to pick their OTT service. (Consumers are saying,) ‘HBO (Now) is in 4K? I am going to choose HBO. Or, someone is in all HD? I am going to choose that version.’ It is increasingly the reason for adopting or discontinuing a service provider,” he said.

Thibeault said the survey results are particularly applicable to brands looking to reach viewers online. No one likes to be interrupted in their online viewing any more, but millennials are particularly sensitive to the placement and frequency of ads in their video stream. A pre-roll ad will cause twice as many young viewers (24%) will abandon the video than the general population of viewers (12%), according to the recent study. That number rises significantly (30% of millennials and 24% of general population) if the pre-roll ad can’t be skipped.

“That has a lot of applicability to brands who tend to monetize their videos with upfront advertising,” said Thibeault.

Across all demographics, 63% of viewers find too many ads generally annoying and will also cause them to ditch the video, the study found.

“Our suggestion is, don’t do that. Make quality content and figure out a natural break to put in an ad and make it skippable. Of course, brands need to make ads that are compelling or people, won’t watch them,” said Thibeault.