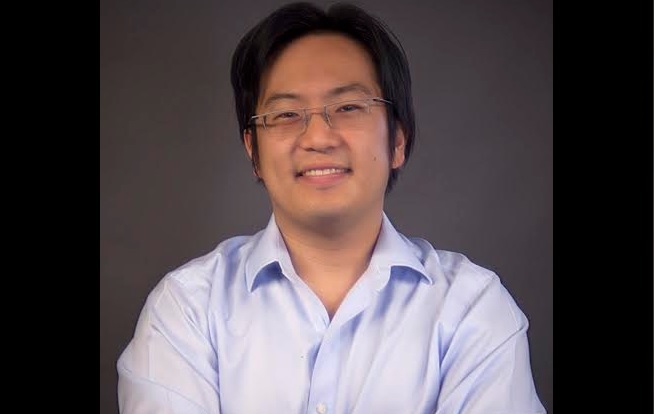 Freddie Wong on growing up in the fast lane

From the Big Chair: The head of RocketJump talks to StreamDaily about success, and why his 13-year-old self would be "livid" with who he is today.

Freddie Wong laughs when he thinks about the “good ol’ days” when he first started making YouTube shorts with his friends. That was five years ago. At the time, the crew that would eventually form the award-winning digital production company RocketJump was focused on crafting special effects on shoestring budgets and making themselves laugh.

Wong, who turned 30 in September, and his prodco have since grown up. RocketJump has expanded to 27 full-time employees (“All with healthcare,” says Wong) creating globally popular series such as the long-running Video Game High School on YouTube and, more recently, the reality show RocketJump: The Show on Hulu. It’s brought its teen-targeted programming into China through a recent deal with Alibaba’s Youku Tudou streaming platform and launched an online learning hub for aspiring filmmakers called the RocketJump Film School.

But, despite his success, Wong maintains a youthful, off-the-cuff energy that lends itself well to RocketJump’s content. He still measures company metrics in “buttloads,” says his biggest strategy is “not to piss anyone off,” and admits the company has no concrete plans on which genre or demographic it wants to dominate.

StreamDaily caught up with Wong to discuss the evolution of RocketJump, the difficulties associated with trying to keep on top of fast-changing teen trends, the nature of fandom and what (if anything) keeps him awake at night.

How have you and RocketJump evolved from the early days when you were just a YouTube crew?

I really think YouTube has changed as a whole, which has shaped the way we work. I think a lot of what works — what gets buttloads of views — on YouTube has changed. When we started, we were making funny videos with special effects. Now all these young filmmakers have entered the arena, and the market is so saturated. At the time we started (2010) the prediction was, “YouTube is going to be where the next Spielberg comes from.” What that’s almost shifted into is that it’s not where the next person who defines old media comes from, it’s an entire new thing. YouTube has birthed an entire new era of… celebrities. (“Content creators” has always struck me as clinical and stupid.) It’s a whole new world for a generation to follow. So, for us, a lot of those changes have shaped what we do. We’re no longer trying to keep up with the trends or be fazed by them. It’s about always reminding ourselves to stick to our core beliefs.

So your values haven’t changed that much, but how has your execution changed?

When we started we didn’t have a lot of overhead. As time went on, we’ve expanded our family — actors, crew —the execution of (our work) has slowly evolved very organically from a more personal experience into a modern film set. So the trade-off there is that we’re not as spontaneous and off-the-cuff as we used to be. I’m thankful, because it’s a system that allows us to make everything that we want to make. But we are more polished, and less spontaneous.

You’ve made some pretty big headway lately with your Hulu show and expanding into China. What’s your end goal right now in terms of distribution and strategy?

If we were to sum up our distribution strategy in a single phrase, it’s “Try not to piss anyone off, and try to make stuff that’s easy to view no matter who you are and where you are.” I’d be lying if I said we had any big plans in terms of where we want to dominate. We’re always beyond stoked when anyone watches anything we make. For us, it’s about just getting our stuff out there and in front of people, finding different audiences and different places. When opportunities are presented to us, like with Hulu or with Youku (Tudou), we generally just jump at them because it’s just about volume and as many people seeing them as possible. It’s not about “How do we get our key YouTube audience to watch us on this new platform?” I think a smarter way to go about it is that new platforms will always attract a new audience — which is good because we never want to limit our audience.

You have a fairly young fan-base, and teens and tweens are so influential. How do you balance reaching out to new audiences while still making that key demo happy?

We don’t have big survey resources to find out what’s happening in the teen markets. But here’s how we look at it: Anyone who found us freshman year of high school is now halfway through college. Anyone who found us when they were in college has now graduated from that and now working or in grad school. Those are three very different stages of your life, so we want to be able to stay relevant with all those, and more. You can always try and hit the teenage crowd and hope that they catch on. A lot of TV shows try to hit a 12 or 13-year-old demographic. The other option is to try to take a J.K. Rowling, Harry Potter approach — to grow up with your audience — which we definitely prefer. And it’s so tricky to say you’re just going to after one group, because, on the internet, (the time span) is so short in terms of what becomes old. I feel like generational gaps are getting shorter. So I don’t think it’s smart for us to try to just hit that one age demographic because the moment you think about “How do we get 14-year-olds to watch this?” or”How do we get 26-year-olds to watch this?” you’ve lost.

Since you’re not into following trends or just going after one group, what’s worked so well for you?

Actually, I think that it’s always been the case, that we’ve just flown by the seat of our pants, and I think that very thing is what works. I think we just get bored easily — take Video Game High School. We started figuring that out really early — back when we were a comedy channel focused on special effects. The show we pictured in the beginning stages was completely different from the show we ended up making, and completely different than the show is now. Sometimes that’s difficult because we often don’t know what’s going to come out of something. We have a history of doing things that aren’t necessarily similar or comparable to anything we’ve done in the past. So instead of an audience who will just go crazy for anything we do because RocketJump did it, we have a whole range of fans who, say, love Video Game High School, but have never even seen or been aware of our YouTube shorts. We have a whole bunch of people who love the shorts and maybe didn’t even like Video Game High School. People found us and have latched onto us for wildly different reasons. That’s what I think is interesting. In this day and age, your schtick can’t be one thing and it can’t last forever. There’s a shelf-life for any given idea.

If you want to talk literally, absolutely nothing keeps me awake at night. I have a super power where I can fall asleep within 15 seconds of closing my eyes. It’s a side-effect of pulling all nighters for two years when I first started making YouTube videos. I’ve finally learned to just turn off like a light switch. But what figuratively keeps me up at night, I think a lot about these days, is the nature of fandom and the things people latch onto in different generations. For example, my generation seems to have latched onto nostalgia for what was in our youth. You see that with so many revamps of ’90s movies and TV shows. We’re longing for a simpler time, just at the cusp of the internet, just at the advent of technology. We didn’t have stuff like mass shootings every other day. We didn’t have to think about so many complicated things. Maybe there is a sense of wanting to go back to that. So I wonder, if nostalgia defines fandom for our generation, what defines the next one? What gets latched onto, what gets held onto? Like I said before, the time between generations is accelerating. For the first time this year, I started to feel really disconnected with the generation just younger than me — like even my younger cousins who are only a couple years younger than me. As time goes on, that becomes faster and faster. And I know people will roll their eyes, because I just turned 30 this year, but feeling old is to feel out of touch.

Fortunately, my literal chair is just a chair like everyone else’s. But my figurative big chair is a level of responsibility and adulthood that I was hoping to avoid for the rest of my life. As a film director, I just wanted to make movies, but in order for you to just make money, you also have to manage a company, do your payroll, and do the business-y stuff that was never taught in film school. So I definitely feel older than I am. It’s amazing, don’t get me wrong, but I look at it this way: I have enough money to buy and purchase every video game and every system ever as it comes out, but I have none of the time to play them. So I feel like my 13-year-old self would be livid.