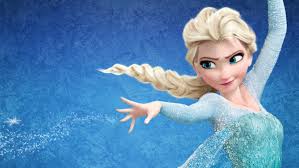 The launch of the Disney-owned OTT service in Asia comes on the heels of its entry into the U.K. and planned expansion into more European markets.

A month after bringing its DisneyLife over-the-top service to U.K. preschoolers and their parents, Disney is set to deliver the same streaming experience to Chinese viewers.

Disney confirmed Dec. 15 it has signed a multi-year agreement with Alibaba’s digital entertainment business unit to launch DisneyLife in China.  The Mickey Mouse-shaped OTT device (which functions much like a Playstation or Xbox) is now available for presale on Alibaba’s Tmall website for $125. The price includes a one-year subscription to the DisneyLife base package, which includes hundreds of Disney and Pixar’s hit feature films such as Frozen (pictured), Cinderella, The Lion King, Toy Story, Cars and the Incredibles.

The service also give subscribers access to Disney’s classic kid-focused collection of animation series, including Sofia the First, Little Einsteins, Mickey Mouse Clubhouse and My Friends Tigger and Pooh, in addition to games, eBooks and songs.

As the world’s largest e-commerce site (at least by merchandise volume), Alibaba isn’t missing the opportunity to weave in a retail component. In addition to the streaming options, DisneyLife subscribers can shop Alibaba products and service. Customers can also use the device to help them plan visits to Hong Kong Disneyland and the Shanghai Disney Resort when it opens in 2016.

DisneyLife is fresh off a launch in the U.K. where the service is sold as an iOS and Android app at $15 per month. Like its competitors, such as top-grossing iPhone app Hopster, the Disney service is designed to be used on the go and allows users to download content for later viewing.

In September, Disney struck a deal with Alibaba streaming competitor Tencent to distribute to China’s digital viewers the six-episode Star Wars franchise — from A New Hope, which bowed in 1977, to 2005′s Revenge of the Sith. The Tencent Star Wars hub was created in the wake of a deal with Disney and 20th Century Fox that allows the company (which operates a platform similiar to Facebook) to be the exclusive transactional VOD and subscription VOD online provider in mainland China for the complete epic. The move was intended to build momentum in the world’s second-largest movie market ahead of the release of its latest installment, Star Wars: The Force Awakens, which opens in theaters this month.