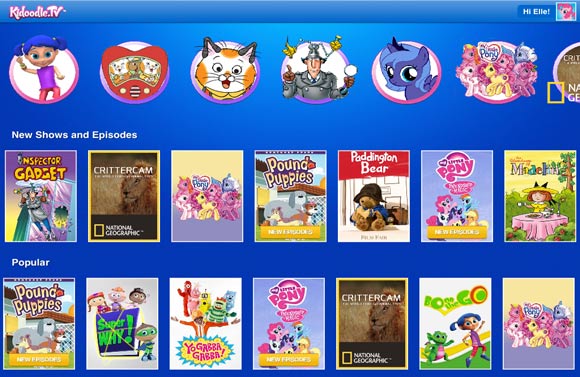 The service is set to launch globally through a new distribution deal between its owner A Parent Media Co. and Caribbean-based Digicel Play.

Canadian SVOD Kidoodle.TV is set to expand its global footprint through a new distribution deal between its owner A Parent Media Co. and Caribbean-based communications provider Digicel Play.

Digicel operates in 32 markets across the Caribbean, Central America and Asia Pacific and will integrate Kidoodle.TV as a channel option on its internet-based home entertainment platform (not unlike cable TV without the cable). Subscribers to Digicel Play will be able to click on the Kidoodle.TV icon from Digicel’s VOD menu, and gain access to the curated content service. As part of the deal, teachers can also upload lessons and daily content

for kids to watch via Kidoodle.TV.

Kidoodle.TV will become available in early 2016 on Digicel Play. Beyond the Caribbean, the Digicel deal will lead to distribution in as many as 55 countries next year for Kidoodle.TV.

Established in 2012 and funded with an angel investment of US$7.4 million, the service has had a busy 2015 that saw its unique revenue model, wherein dollars are passed onto producers/creators on a per-view basis, catch the attention of content creators. Earlier in the year, Kidoodel.TV added three YouTube-based series to its lineup, which brought combined YouTube viewership of 74 million to the service.