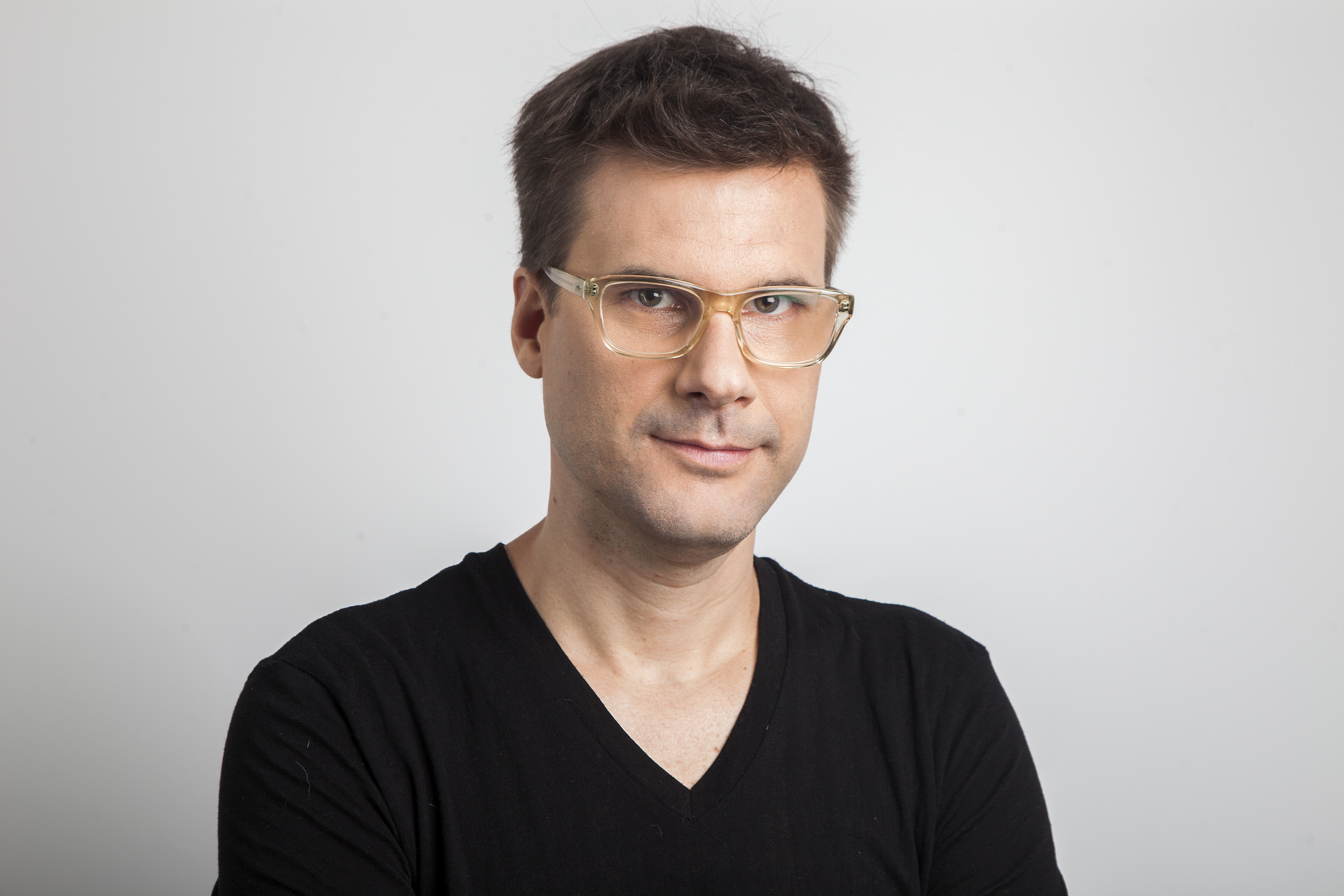 Fav brings the Latin flavor to the MCN scene

CEO Alejandro Burato shares his thoughts on Latin America's growth potential and why his company has what it takes to succeed in a competitive space.

For those looking to set up a new digital media co company in this competitive industry, Latin America is not a bad place to start.

The region is driving unprecedented digital viewership, led by mobile-obsessed millennials and Gen Zers in Argentina, Brazil, Chile, Colombia, Mexico and Peru. In all, the countries are home to an estimated 119 million digital video viewers (over the age of 15 years), each one spending, on average, about 13 hours a week streaming content — more than twice the hours spent watching traditional television, according to a new study by IMS Group and comScore.

Smartphones are the main devices used. When it comes to watching videos, 80% of Latin Americans choose to watch videos on their mobile devices. Most of that content is on YouTube, though other platforms, including Twitter and Facebook, are growing in popularity.

All those numbers add up to big opportunity, according to Alejandro Burato, founder and CEO of the region’s newest digital network, Fav. After securing $2 million in series C funding, Fav launched its production arm earlier this year from its home base in Buenos Aires (with sales-focused satellites in  Mexico, Brazil, Peru, Chile and the U.S.) and has since grown to 50 channels on YouTube, offering original content in Spanish (and, to a lesser degree, Portuguese) across verticals from the in-house prodco. The target is to produce around 600 hours of original content, all short form, by the end of 2016, said Burato of the ambitious game plan.

At the same time, Fav is also scaling up its own multi-channel network from 100 creator channels on YouTube now (mainly in Argentina and Colombia) to, Burato hopes, thousands in key markets in Mexico, Brazil, Peru and Chile. The network focus spans verticals, from sports and entertainment to beauty and lifestyle.

We caught up with Burato (via Skype) in Buenos Aires recently to find out more about the company and what it takes to find success in a competitive industry.

There’s no end of reports out there right now talking about the appetite among Latino millennials for digital content. Is that what gave rise to Fav?

It is a huge market to focus on. You have millions people in the world who speak Spanish.

If you are a millennial in Latin America there are a lot of verticals that you don’t have original content in your native language – you end up consuming content from the U.S. or from Europe. We felt there was opportunity (to create our own content). There is a lot of content that needs to be created, especially on YouTube. We call it a content gap in terms of Latino content.

Latin Americans show a strong preference for mobile streaming, versus other devices. What’s behind this and how do you take advantage of this appetite?

You have to think of Latin America as an emerging market. As any developing country in the world, there are many millions of citizens in Latin America that their first internet connection was through a mobile or a tablet. They did not have a connection with a laptop or PC, like many in North America did. That is a game changer for them.

When you think about that, you need to focus a lot on how you create content. That is why is so important the short-form format. You need to stick to three, five or maybe seven minutes because people who are watching digital videos on their mobiles, they are not on their TVs in the living room at 9 p.m., but they are watching it while they take the train, or wait for the doctor’s appointment. You need to adapt to that consumption pattern.

Is connectively an issue in reaching viewers, as it is in other developing markets around the world?

With 4G (networks) or LTE, that is not a problem. If you go to older 3G mobile networks, it depended a lot on each country how much money they invested in infrastructure. For example, Brazil or Mexico have decent 3G connections similar to the U.S., but that was not the case in Argentina. Now we have 4G.

Is geo-blocking an issue given your wide distribution strategy?

On our own channels, we generate the content ourselves. We are not using any third-party content, but that doesn’t mean we don’t have issues. For  example, we have a show that is a (HBO) Games of Thrones analysis. When the season ends, we analyze every chapter of the series. We do editing of original footage from the show, then present it using our own content and own interviews.

We had a couple of complaints from HBO about it because they didn’t understand what we were doing, particularly because it was in Spanish. The good thing with YouTube is if you use content in a way (the network approves of) — you are not stealing an entire episode, for instance — you are usually okay. So, basically, (HBO parent co) Time Warner said, “Okay, I am not going to complain anymore. You can continue with your channel.”

Of course, in the case of sports, if you are replaying soccer goals or tennis matches, you need to have access to those rights so what we do with sports is not so much related to replays, but to interviews, analysis — not content that is subject to copyright issues

How has your reach grown since your official launch in January?

We launched our production side of the business in January and have grown it from zero to 50 (YouTube) channels. We are planning on having 100 channels by mid-2016. That is the capacity we have right now in production, but we are optimizing it every day to produce as many minutes as we can per month. Our target is to produce by the end of next year around 600 hours per year in original content, all short form

On the network side, we only started operating three months ago. Right now we have 100 (creator) channels, but the idea is to scale it to thousands of channels. We have been focusing mainly on Argentina and Columbia first, with the idea of scaling it to other countries. We have talent scouts and sales teams in Mexico, Brazil, Peru and Chile and we continue to recruit YouTubers in other countries of the region.

How does the U.S. factor into your plans?

Right now, 100% of our content is in Spanish or Portuguese — about an 80% to 20% split. The idea is to focus on the Hispanic (speaking) market in the U.S., both first and second generation Latinos.

Right now, the plan is to develop content on verticals that we feel there’s not much competition to generate an audience there. Right now, 5% to 6% of our traffic is from the U.S. but we are aiming for that audience to grow when we start developing specific content to them. We have an office in L.A. and the idea is to grow it, having content to push branded deals with the talent.

Many people think the age of the MCN ended a couple of years ago. What makes you believe you can enter the space now?

Many companies don’t want to be called MCNs because they do so much more than just (act as an MCN). The MCN business by itself is a low-margin business and has become very competitive. To be successful, you need to do original production, develop your own IP, have full control of talent and 100% of revenues. We also complement our business with another business.

I mentioned we did three things: original content, the multi-channel network and we …work with media companies in Latin America to help them on their digital video strategies. For example, we’ve been working with Viacom in Latin America to help them develop their strategy with YouTube in terms of content and copyrights management for their three main channels, Nickelodeon, MTV and Comedy Central. We are also working with Turner in the same direction. These kinds of deals are great for two reasons: One, we generate immediate short-term revenue, and second, it creates an extremely good relationship with these media companies that have a lot of fire power but they cannot focus on digital video because they are still focusing on the original business (linear) language. Even if they could focus on digital, they can’t produce content at the costs we are producing content at. They have thousands of employees. They have unions. They have a lot of overhead. We can do it. To do digital video in Latin America right now you need to be super efficient and super cost efficient and that is what we bring to the table.