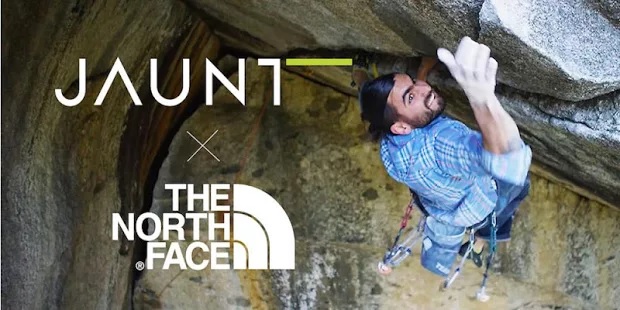 The latest investment round, led by the Walt Disney Company, brings total investment in the virtual reality company to more than $100 million.

After recently securing an additional $65 million in series C funding, virtual reality software and hardware maker Jaunt has kicked off a consumer experience for adventure-wear retailer The North Face.

The fully-immersive experience brings audiences to Nepal, where cameras hike up to some of the highest points on earth. It follows an earlier collaboration called “The North Face: Climb”, which brought viewers to Yosemite National Park, Calif. and Moab, Utah.

The content is available at North Face retail locations in San Franscisco, New York and London through headsets provided, or via both iOS and Android, for those looking to see the experience at home on their own VR devices that support mobile.

The investment round, led by the Walt Disney Company, Evolution Media Partners and China Media Capital, was announced in September. The money will go towards scaling VR production, and advance its camera hardware and software production tools, according to a release.

The company also plans to use the funding to expand its Palo Alto, Calif. head office, as well as its Los Angeles studio.

The latest round brings Jaunt’s funding to more than $100 million, and positions the company to take advantage of the VR space, which is estimated to be a $30 billion industry by 2020, according to consulting firm Digi-Capital.

There’s a race into virtual reality, with major companies such as Facebook (which helped start off the VR craze with its $2 billion purchase of Oculus Rift in 2014), Samsung, Sony and Google (which released instructions on how to create a DIY-viewing headset that uses a mobile phone as the screen) streaming into the space. Brands like HBO, Contiki, Marriott and Fox have also jumped into the fray, rolling out content, while news organizations like Vice, the New York Times and PBS are trying their hands at creating VR content.

Jaunt has brought on board a number of partner brands, including the likes of Rebecca Minkoff, Conde Nast and ABC News.

Clarification: An earlier version of this story suggested the $65 million investment was a new round in November 2015. However, the round was announced in September.