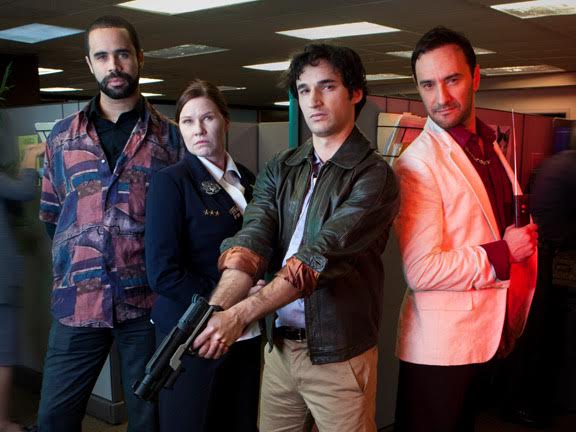 The 52-episode series had a soft launch earlier this month on Verizon’s G90 platform, with weekly installments scheduled to drop every Wednesday on CollegeHumor’s Go90 channel.

The series is loosely based on a CollegeHumor web series of the same name, and written as “the ultimate movie within a movie,” said Sam Reich, president of Big Breakfast and head of video at CollegeHumor, in a statement.

The series is produced by Big Breakfast, the linear and digital prodco behind the collection of CollegeHumor Originals. Executive producers of the series include Reich, Spencer Griffin and Jon Cohen, all executives with Big Breakfast.

Though there are some serious competitors looking to take away the title (including Fusion’s soon-to-launch F-Comedy portal), CollegeHumor is currently ranked the most-watched comedy channel on YouTube, with more than four billion lifetime views and 10 million subscribers.

Go90, meanwhile, continues to build up its library of original titles, striking content deals with MCNs’ Whistle Sports, Machinima, Endemol Beyond and Maker Studios, as well as digital prodco New Form Digital, which is crafting six new programs to roll out over 2016. Go90 is available to stream over iOS and Android.