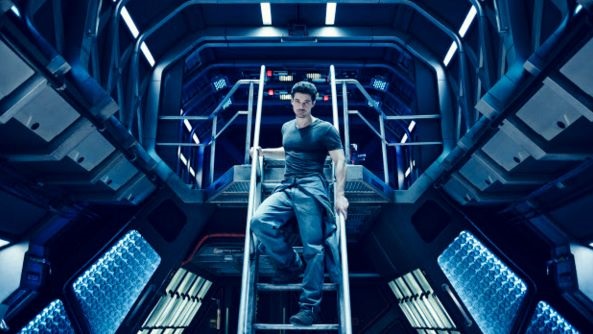 Bell Media has locked a deal with the mobile streaming app to amplify the premiere of the new sci-fi show via a pre-broadcast online debut.

With viewers skipping across the media galaxy in search of shows, Bell Media is trying a new, digital approach to drum up interest in its latest linear acquisition, The Expanse, on Space.

The broadcaster has locked a deal with Tapped Mobile, which represents advertising for mobile streaming app Shazam in Canada, to amplify the premiere of the new sci-fi show by co-promoting a pre-broadcast online debut.

Running now until the show’s linear premiere on Dec. 14, The Expanse will be available for streaming at Space.ca, through its YouTube channel, as well as through a Shazam-connected commercial running on Space. In addition to the first episode of the show, viewers will be able to watch Innerspace: After the Expanse online ahead of the linear broadcast debut.

Currently there are 3.5 million active users of Shazam in Canada, with 17 million Shazams per month.

It’s not the first time a Canadian company has partnered with Shazam on a launch. Bravo in the U.S. partnered with the music service to do a similar launch for the docu-series Apres Ski, which is co-produced with Toronto-based Tricon Film and Television. (Apres Ski was recently picked up by Shaw Media for Canada.)

Based on the book of the same name, The Expanse is set 200 years in the future when humans have colonized the solar system. The show premieres on Space with a two-night event Monday Dec. 14 and Tuesday Dec. 15 at 10 p.m. ET The Expanse moves into its regular timeslot, Tuesdays at 10 p.m. ET, beginning Dec. 22.

The Expanse is produced by Alcon Television for Syfy, is distributed by Legendary and shoots in Toronto.