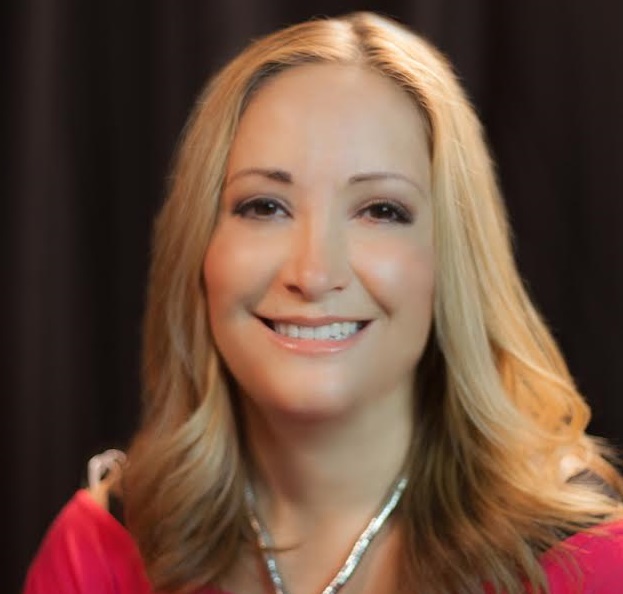 From the Big Chair: Beatriz Acevedo

The president of MCN MiTu on tapping untapped markets, the benefits of experimentation and exploring partnerships that make sense.

It made headlines last year when it secured a $10 million investment from Upfront Ventures (the original backers of Maker), and then again another $5 million from AMC networks this past February. It’s also continued to grow its partnership base, pacting with the likes of Discovery and NBC Universo for linear and digital content plays, as well as the Latin Grammy’s as the “official influencer network” of the award show.

Acevedo takes us through the biggest opportunities (hint: global expansion), fears and the view from the big chair (it’s not as comfy as it may seem).

What’s the biggest untapped opportunity in the digital streaming space?

For us, Latinos – not only in the U.S., but around the world — are a really under-served market. There has not been a lot of reinvention in traditional media for the last 50 years, yet we’re the demographic that consumes more digital content. Nobody’s thought to create a place that’s specifically for (us).

Hispanics, Hispanic millennials, and English-dominant Latinos in this country (represent) a huge opportunity.

How does MiTu’s efforts to target this demographic differ from how other media organizations have traditionally tried to reach them?

Language.  In the United States, the young consume media primarily through English, rather than Spanish. We have done a lot of experiments in the past where we shoot a video in English and Spanish – same host, same content, same set — we just change the language, and we found that the Spanish (version) skews to the 40-plus age demographic, while English skews 14-plus.

It’s a really interesting thing to see how these young, American Hispanic kids are consuming content in English, yet they still want that wink to the culture – that cultural reference or the extra joke that maybe their friends don’t get.

I think that’s been a great (driver of the) success of MiTu.

Globally, it doesn’t change much outside of the U.S. You still have the same kind of content (that’s popular): the game shows, the soccer. But the local audiences want new things as well. So there’s a great opportunity within our market as well globally.

What kind of content do you plan to explore to give this demo the new content they want?

We started as  a very female-focused network when we launched. We were primarily doing lifestyle for women because there was a big gap there. But as the company has grown, we’ve expanded into different genres. We have a very big focus on music, with a lot of our partners; we just wrapped up five comedy series, which will be premiering soon; and we’re expanding into long-form, which we haven’t done before.

But with the demand of OTT players, not only in the U.S., but globally, there’s a huge need for content that is long-form, scripted (and) premium, and I don’t think anyone’s paid a lot of attention to our demo.

We’re happy no one is paying attention to this demo because that’s how we’ve built our business. But I think a lot of people have this perception that “Okay, I don’t speak Spanish so I can’t target these people.”

You’d be shocked to know that 80% of Hispanics speak English and consume content in English.

Would you ever consider going after a different under-served demographic?

The challenge we have is to stay focused. There’s so many opportunities today within digital that it’s very, very hard to not get over-extended and be everything to everybody.

Already, when we expanded from a female-focused (approach) to male-driven content, we still stayed within our demographic.

Absolutely there’s so much opportunity, but there’s something to be said about being an expert in what you do.

We feel that within the Hispanic community – whether it’s here or abroad – we’re an expert in building that audience. Not to say we couldn’t learn about the African American community or Indian community, but we want to stay focused.

But we are working on doing partnerships with other companies that do have that expertise. For example, we’re (working) with another company – and it’s not signed so I can’t mention it yet – that has that expertise in the African-American community (to develop) a buddy comedy where we’re co-writing and co-funding a series about a Latino guy and his best friend, who is African-American. It’s a really funny, urban series. We recognize that our community is very much mainstream at the same time – we all have friends who are multi-cultural, we didn’t just grow up with Latinos – so it makes sense to partner up and do co-productions with these other demographic, because it better represents the experience we live in the U.S. and abroad.

When it comes to challenges, what are some of the biggest concerns that keep you awake at night?

I think the question of focus is a very important one. There’s so many opportunities and things we could be dedicating our time and resources (to), but we only have so much bandwidth.

On the network side, it’s how to best serve all of our community and not just the handful of people the brands, studios or OTT platforms want to work with. How do we create real value to our members and not just focus on the top 5% – that’s definitely a challenge.

Another challenge is to adapt to the times. The minute you think you know a platform, all of a sudden the algorithm changes.

What are your strategies to make sure you’re on top of the right technology?

What I love about digital is it’s very easy for you to experiment in different platforms. I don’t think anybody really has to think that hard how to crack one of the platforms. We’ve done a good enough (job) in our experimentations, and we have our results. And it’s very different for different demos – things that work for our audiences in the U.S., are very different than what works in Mexico or Columbia. So, I think the way to stay ahead is to not be scared of experiments, to make a lot of mistakes and learn from them quickly and add to the things that do work.

This audience really let’s you know what they like, so that’s not a concern.

On the tech side, we have a really robust team that’s constantly looking at the trends and algorithms, and mapping the Hispanic experience – what is it Latinos want most, what do they share, what don’t they share, what do they click on? That also guides our production process. But sometimes you have all this information and you put it to the test, and think, “Oh, I did everything right, but (the results) weren’t what I expected.”

I came from traditional media, where you never had that luxury where you could say “Let’s experiment and see what happens.” But here you’re able to take a couple hundred dollars, make a video, put it up and see what the audience tells you. That’s so powerful.

And what does the view look like from the big chair?

It’s definitely an exciting chair for me. We’re starting to build a digital media company at a time where the intersection of two huge cultural shifts (are happening) – the demographics and the huge boom in Latinos. (That meeting) is happening at the right time in the right space, so we were lucky, but there’s also a lot of work that needs to be done.

You’re never so comfortable in that chair. It’s always a constant challenge, a constant push – what’s next? — and the business-model change. So not comfortable, but exciting.