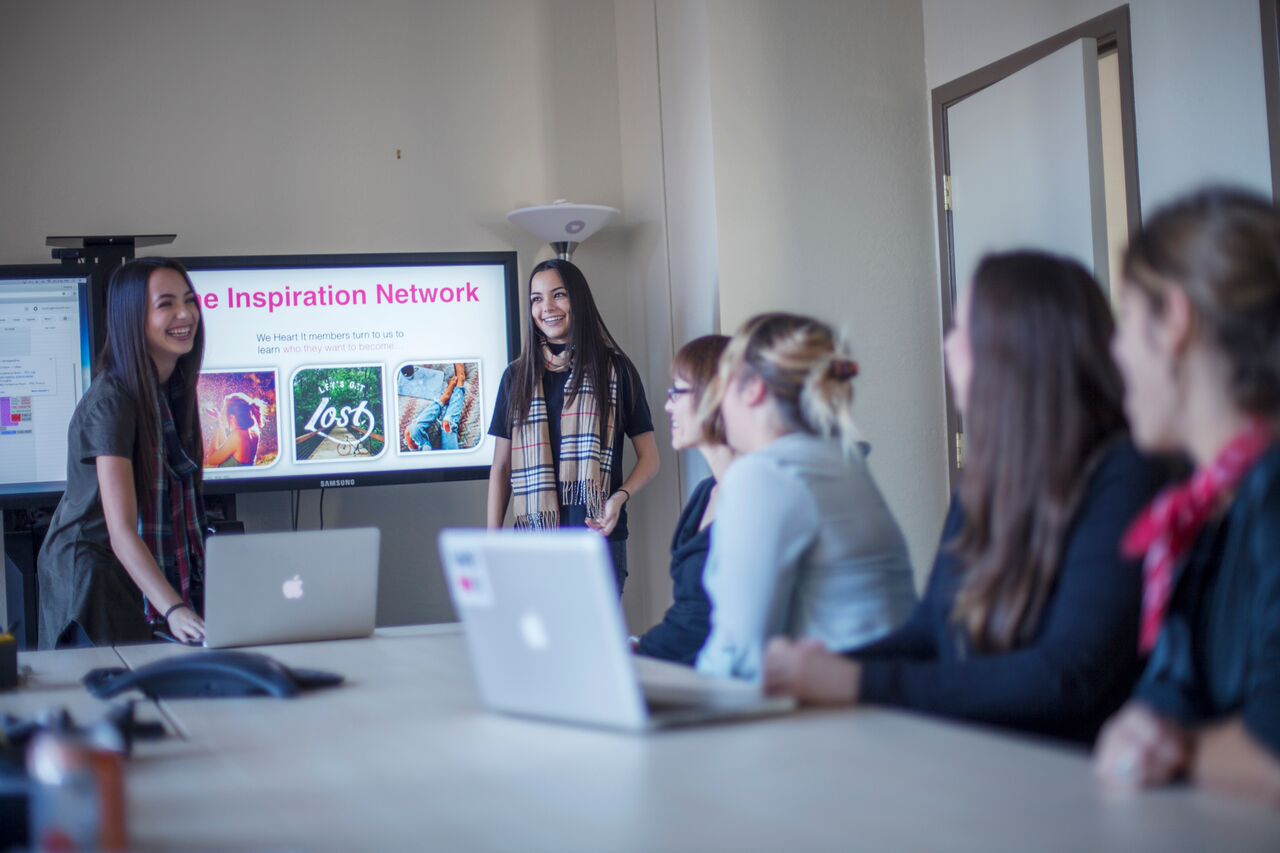 The multi-talented twins tell StreamDaily why they have joined the social sharing site We Heart It as creative directors.

We Heart It, an image and video-sharing platform similar to Pinterest, is looking to step up its original content offerings — and it’s brought on 19-year-old YouTubers Veronica and Vanessa Merrell to help.

The digital-savvy teens have joined the platform as creative directors. In that role, they will advise on content strategy and help create original videos and imagery branded for We Heart It.

The twins, who mainly create fashion, cooking and lifestyle vlogs, had already been approached by We Heart It in the February to host a video interview with the cast of the comedy movie The DUFF, and were hired on following that video.

“Our age definitely played a huge role (in getting hired),” Veronica Merrell told StreamDaily. “We Heart It’s audience is primarily young girls…We can advocate for their audience because we are their audience.”

We Heart It’s offices are based out of San Francisco, however, the Merrells will work part-time out of L.A. while they attend college and are build on their acting careers. The twins already have a recurring role on the linear series Jane the Virgin. Their YouTube channel has nearly 600,000 subscribers and they are both signed with the AwesomenessTV MCN.

The twins agree their first point of order at We Heart It is to create entertainment-related videos (similar to their interview with the cast of The DUFF) that are not only native to the platform app, but also promote how to use the app itself, which has been adding new features in order to make its content more actionable.

Their newest video (attached below), which is exclusive to StreamDaily, is a comedic take on their first day at the We Heart It office. They’ll also be working on videos introducing and explaining the new features to the app.

“When we wrote (the newest video), we wanted it to be funny, but we also wanted to talk about some of the features of the app, without actually showing the app,” said Vanessa.

We Heart It launched in 2008. It mainly functions as a sharing site where users can add inspirational images and videos to their “canvases.” However, it has also been ramping up its own original video content on its YouTube channel. The channel has only had 458,000 views since launching in 2013. The bulk of its original content on YouTube started rolling out in August featuring on-location videos at concerts and events, celebrity interviews, makeup and DIY tutorials and cooking videos. The twins have promised more original lifestyle content to come.

According to the company, the We Heart It app itself has close to 40 million active users, and its largest demographic is young women.