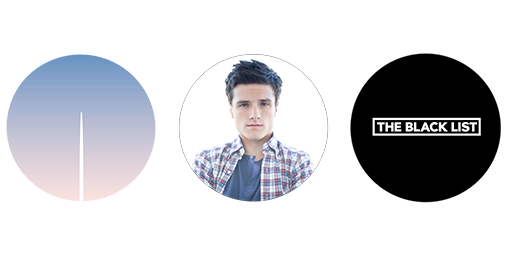 Indigenous Media has committed $100,000 to fund shorts selected under a new incubator program, with the option of creating feature-length films.

Josh Hutcherson (The Hunger Games, The Kids are All Right) has signed on to direct one of up to five short films as part of a new incubator project led by Indigenous Media.

The films will be selected from Black List scripts. Spanning genres of comedy, drama and thriller, the stories will each feature core characters in their late teens to late 20s.

Hutcherson (via his prodco Turkeyfoot Productions) will work with his mother, Michelle Hutcherson, and the award-winning team behind Indigenous  — including Jon and Jake Avnet (Black Swan, Justified, Fried Green Tomatoes, Risky Business) and Rodrigo Garcia  (Albert Nobbs, In Treatment, Big Love, Last Days in the Desert) —  to identify the screenplays, all drawn from The Black List, an annual survey of Hollywood executives’ favorite unproduced screenplays.

The Josh and Michelle Hutcherson-led incubator will be focused on films aimed at the young adult market.

I’m partnering with @indm to launch our Film Incubator, powered by @theblcklst. Learn how you can participate: https://t.co/wme8Zq2jWD

Indigenous has committed $100,000 to fund shorts based on the selected screenplays. For each one selected, the prodco will provide the writer(s) with financing to produce a short film based on the chosen script, with the potential to fund and produce the feature-length version of the screenplay.

Any script that meets the storyline criteria and hosted on The Black List website now through Jan. 17, 2016 will be eligible for consideration.  Currently, the list hosts more than 2,700 scripts for consideration by more than 3,500 film industry professionals ranging from agency assistants, to studio and network presidents, to actors and directors.

This is set to be the first of four incubators, each of which will be focused on a specific genre and helmed by a prominent brand or personality who actively participates in choosing the scripts as well as serving as a producer.

The goal is to find independently created content that can thrive on digital and emerging platforms.

“Great content always begins with the script, which is why we are working with the Hutchersons and the Black List to seek out strong storytellers who connect with young millennials for our first incubator,” said Jon Avnet in a statement.

Garcia said the aim of the incubator program is to help young filmmakers bring their ideas to the screen.

Garcia, along with both the Avnets and Hutchersons will service as mentors to selected filmmakers, as well as producers.

“The Indigenous Media Incubators are a mash-up of new talent discovery and mainstream talent exploring opportunities made available by the proliferation of new distribution platforms,” said Jake Avnet.  “We want to create new ways for brands, personalities and filmmakers to monetize premium content.”

Josh Hutcherson previously collaborated with director Ron Howard on another contest aimed at young talent. The pair served as judges on Canon’s Project Imagination trailer competition, which asks participants to turn photos and video footage into a movie trailer, including titles, voice-overs and soundtracks. The goal of the competition is to create a trailer that piques the interest of the judges.

This year’s winning trailer was created by Mark Mukherjee. Canon later commissioned a full short, The Rusted, to be made (with Hellion director Kat Chandler at the helm).