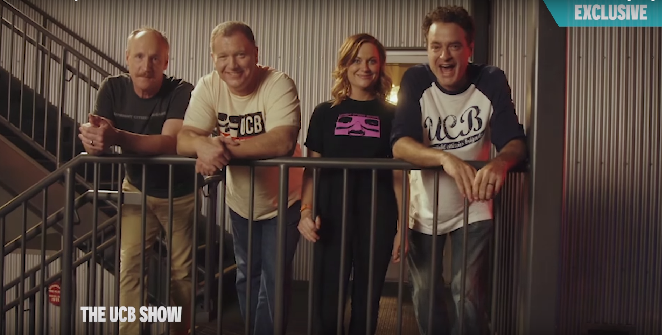 NBCU is tapping into its robust library of funny content, including Parks and Rec and Monty Python, to attract viewers to its soon-to-launch service.

With the pending launch of its new comedy SVOD service Sees0 in January, NBCUniversal is offering viewers a little taste of what’s to come.

Beginning Dec. 3, comedy fans can get a month-long beta membership to the service, in exchange for an email address. The number of beta memberships will be limited, and offered on a first-come, first-served basis, “and we might ask for your patience while we work out our service,” said Evan Shapiro, EVP of NBCU’s digital enterprises, in a statement.

“It’s like the soft-opening of a restaurant,” said Shapiro. “Everything is free, while you try out Seeso, sample our great classic comedy and get a taste of our exclusive original series.”

Under the preview, Shapiro is promising members a first look at exclusive Seeso original series, including The UCB Show, from Upright Citizens Brigade founders Amy Poehler, Matt Walsh, Ian Roberts and Matt Besser (pictured). Also online will be Dave & Ethan: Lovemakers, from Broadway Video’s Above Average Productions;  Sammy J & Randy in Ricketts Lane, a musical comedy about mismatched housemates (one attorney, one puppet); Before the Morning After, featuring well-known comedians drunk in a diner at 2 a.m. at The Edinburgh Fringe Festival; and animated sketch series The Cyanide & Happiness Show, based on the popular web comic.

Beta members also will get a sampling of Seeso’s stand-up comedy, including the live special The Guest List: Live From The Barrel House. The show will be streamed live from San Francisco, exclusively on Seeso on Dec. 8 at 10 p.m. ET/7 p.m. PT, and features comics from the last season of Last Comic Standing, such as Ian Bagg, Andy Erikson and Michael Palascak, as well as the show winner, Clayton English.

To sweeten the offer, Seeso is also releasing classic Monty Python content, including newly minted HD editions of The Flying Circus, The Meaning of Life, Holy Grail, and Life of Brian, as well as linear favorites like 30 Rock, Fawlty Towers, Parks and Recreation, Saved By the Bell, The IT Crowd, The Mighty Boosh, The Office (both the U.K. and U.S. versions), and all seasons of  The Kids in the Hall, remastered into HD.

The bulk of the content will be live as of Dec. 3, with some programming added weekly throughout the month.

NBCU unveiled its plans for the comedy-focused SVOD service in October. Shapiro said at the time the service is designed to make it easier for viewers to find the content they want to watch. Taking a dig at streaming giants such as Netflix and Hulu, Shapiro added “big streaming services have created a paradox of choice. They’re great if you know exactly what to watch, but if you aren’t in the middle of a binge, the search can be near endless.”

Check out Seeso’s trailor below for a sneak peek at the beta-member offerings.