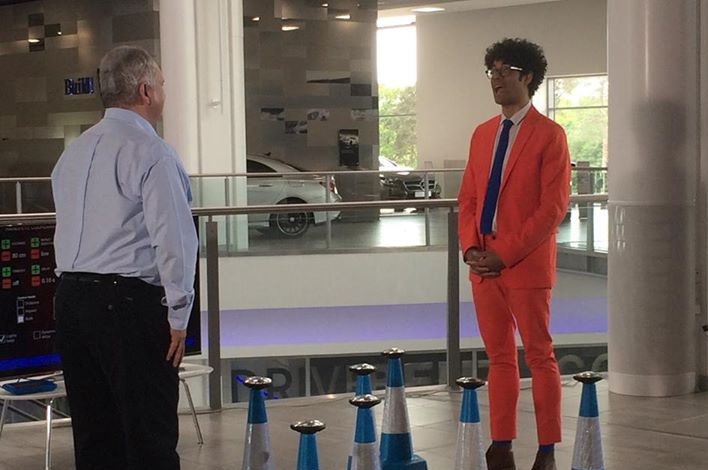 The SVOD is aiming to increase its partnerships and frequency of content acquisition to bank on American users' love of U.K. shows.

November is a big month for Acorn TV.

The SVOD, which specializes in bringing British linear television and film programming to North American viewers, has acquired the exclusive SVOD rights to five new series — its most acquisitions in a month to date. All the titles are set to roll out on the service in December in the U.S. and Canada.

Among the exclusive titles are Stephen Fry and Richard Ayoade’s tech series Gadget Man (currently in its fourth season on Channel 4), dramas The Trials of Jimmy Rose (a 2015 mini-series on ITV) and Prisoners’ Wives (which aired from 2012 to 2013 on BBC One), as well as New Zealand detective series The Brokenwood Mysteries (which first aired in 2014 on Prime) and Aussie period drama A Place to Call Home (currently in its third season on SoHo). These new titles have never before been broadcast in the U.S.

“It’s been a goal of ours for the past few years to increase the frequency of acquisitions and to bring viewers the content sooner after it premieres on international TV,” said Matthew Graham, VP of Acorn, told StreamDaily.

Graham said the titles aren’t necessarily all from the U.K., but fit in with the style that fans have come to expect. Popular series on the SVOD include Foyles of War, Doc Martin and Vera. It has also launched an original series based on Agatha Christie’s Poirot, which was nominated for an Emmy earlier this year.

“We’ve been able to expand our content beyond the U.K. by really looking at the psychographics of our audience,” Graham said. “They’re educated, they’re intellectually curious, they’re really loyal to content.”

Graham said British content has proven to be a hit with U.S. audiences, noting the mainstream success of hits like PBS’s Downton Abbey. In the five years since the historic drama launched on PBS in 2010, Downton Abbey almost single-handedly pushed the public broadcaster up the charts. In January, its fifth season premiere reportedly averaged 10.1 million views, just shy of its fourth season premiere, which averaged 10.2 million views.

“For a lot of people, British content really is their go-to category,” said Graham. “By focusing on that really deeply, we’re able to build a very loyal audience.”

It’s a belief BBC Worldwide also shares. The U.K. pubcaster recently announced plans to launch an OTT service in the U.S. in 2016 that will focus on bringing its British titles to Americans. In announcing the new service in September, Tony Hall, the BBC’s director general, said the focus will be on “programs (Americans) wouldn’t otherwise get, showcasing British actors, our program-makers and celebrating our culture.”

Graham said Acorn is focused on forging new relationships with producers and distributors it hasn’t yet brought to the service. Similar to the BBC, the aim is to bring “hidden gems that would otherwise be overlooked in the U.S.,” he said.

The company is also looking to increase the speed of its acquisitions in order to provide viewers with access to shows from across the pond sooner after their linear air dates.

Graham was unable to provide current subscriber numbers for Acorn. He said the company will announce those details at the end of 2015. The service reportedly had 150,000 North American subscriptions in March 2015.