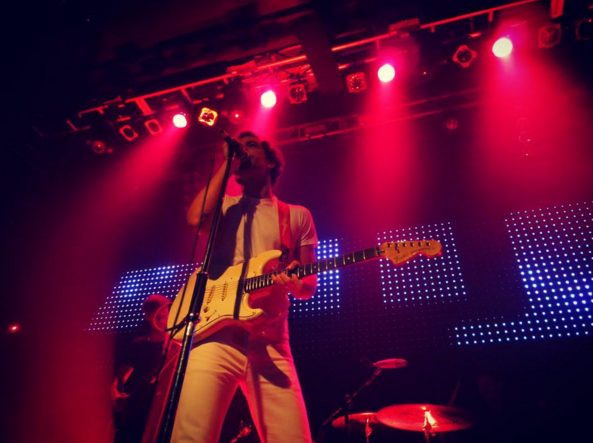 Stars such as That 70's Show's Danny Masterson and The Strokes singer Albert Hammond Jr. show off their skills in this original unscripted show.

AOL has announced the premiere of Act Like a Musician, a new original series that brings together musicians and actors to discuss their lives, careers, passions and friendships.

Each episode will showcase the pair in a different setting. New episodes will stream every Monday for six weeks on the AOL platform.

The first episode of the series (which dropped online Nov. 16) features Albert Hammond, Jr. (The Strokes, pictured) and That 70’s Show actor and DJ Danny Masterson. The episode takes place in California at Masterson’s recording studio, Bronson Island, where the two chat and catch up about creativity, their careers, what music means to them and their friendship. The two also perform a special rendition of Albert Hammond Jr.’s song Blue Skies.

This series is presented by Verizon, AOL’s parent company, and produced by Show Cobra, a branded content and music media distribution agency. A rep for AOL confirmed that Act Like a Musician is not a branded series.