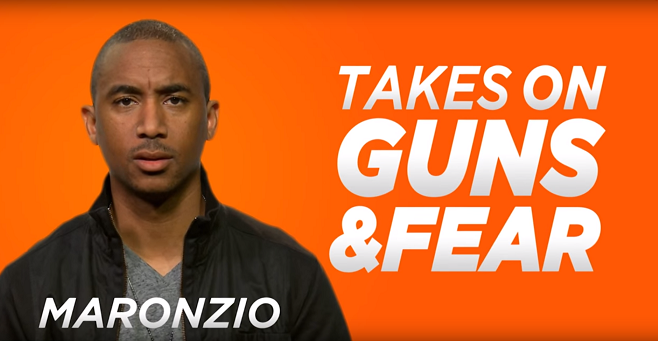 No topic off limits as Fusion readies F-Comedy launch

The Disney-owned cable network's new digital portal and content studio seeks to offer millennials the news of the world, with a satirical twist.

It’s no coincidence that the Fusion cable network — the millennial-focused news brand from Disney, Univision and ABC — has chosen this January to mark the formal launch of its new digital studio and content portal, F-Comedy.

As U.S. voters begin the count down to the 2016 polls, the coming year promises to be rich in political and social satire material. That’s exactly the kind of material F-comedy is looking to mine with a slate of new scripted and unscripted programming that aims to address goings-on around the world, with a humorous twist.

Race. Gender. Politics. Sex. No subject will be off limits.

“In terms of subversiveness, that’s all we really want,” said Alex Fumero, senior director of creative development for F-Comedy, in an interview with StreamDaily. “We’re not just doing comedy. We’re doing satire and that requires you to be subversive. It requires you to be edgy in order to make people think about things differently.”

F-Comedy has been in beta for several months now as the team behind the brand readies it as a digital destination for a targeted 20-something audience that is hungry for news, but with a vastly different delivery than the button-down style preferred by their parents.

Taking their cue from the likes of Jon Stewart (the recently retired host of The Daily Show) and Stephen Colbert (formerly of The Colbert Report and now host of The Late Show with Stephen Colbert), the network’s aim is to take on current events and pop culture using comedians, rather than journalists.

“Comedy is the cultural capital of this generation, much in the same way music was for Gen X and baby boomers,” said Fumero of the philosophy.

Some original programming is already accessible online. Content can also be viewed on the F-Comedy YouTube channel, which has, so far, about 14,000 subscribers and two million views.

Among the offerings to date are:

Fumero said the F-comedy studio is also working with stand-up comedians on a comedic series where they each “take on” a timely issue that is important to them — from gun control with Maronzio Vance (pictured, above) to media bias by Ify Nwadiwe (the latter episode has yet to be released).

“We see people like stand-up (comedians) as an under-used resource of highly intelligent people who are used to looking at the world and breaking it down,” he said.

The plan is to hit an upload pace of seven original videos per week following the formal launch. In addition, the portal will feature curated content from around the web and a micro-site consisting of comedic memes, gifs and short-form videos put together by an in-house digital team, led by Earnest Pettie, F-Comedy’s head of curation.

Fumero said the length and style of videos created by the studio will be largely dictated by the platforms on which they are distributed.

“The way we develop for Facebook is different from the way we develop for YouTube, for example,” he said. “It’s really about understanding what, from an analytics’ space, works well on a platform and then making stuff from a creative standpoint that is as funny and smart as humanly possible so that it actually has elements that can be shared and that speak to specific audiences.”

The business model is not unlike that of other content creators online, said Fumero. The model includes pre-roll ads, branded content, as well as building up a library of IP that has a life beyond the initial platforms for which they were created, including television and films.

With the financial backing of Fusion’s parent companies, “the good news is that I don’t have to worry about money, at least for the time being,” said Fumero.

Rather, he said, the immediate focus is on building an audience and creating “meaningful and impactful” content.

“As long as we are seeing steady growth, week over week, I think we’ll be happy. We want to grow as quickly as possible over the course of the year,” he said.

The F-comedy portal is “the natural evolution” of Fusion’s own digital-first imperative, said Fumero. The network’s digital efforts include distributing its linear and digital content via OTT platforms, Instagram and, more recently, Snapchat Discover.