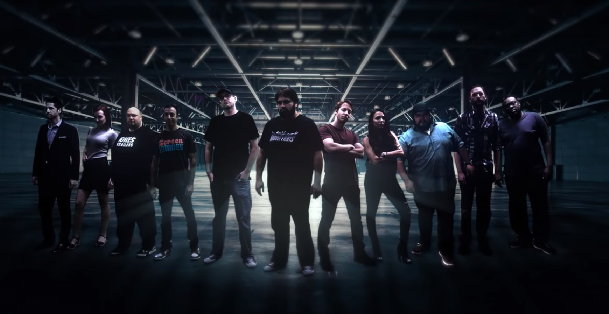 The new service will charge $4.99/month and offer fans access to original programming, including the brand's first scripted series, Interns of F.I.E.L.D.

Defy Media-owned ScreenJunkies, a digital channel for fans of movies and television, is launching a new subscription streaming service, ScreenJunkies Plus (or SJ+).

The new service, which goes live Nov. 17, will offer users a slate of archived ScreenJunkies content, along with fresh programming, to be updated weekly.

ScreenJunkies currently reaches 4.9 million subscribers and has garnered more than a billion views. The channel averages 2.4 million views per video, according to Defy.

SJ+ will also debut and be the home of ScreenJunkies’ first scripted original series Interns of F.I.E.L.D.,  a comedy about over-worked, under-paid interns behind the scenes at the world’s most elite secret super hero organization. The show is set to premiere on the service in December and will feature linear television and film actors including Jamie Kennedy, Jonathan Lipnicki, and Casper Van Dien.

“We launched ScreenJunkies Plus in order to fuel our ability to satisfy this audience and to further invest in programming that meets their broad spectrum of interests.  We believe the combination of our existing scale, additional programming and multi-platform distribution positions us to become the go-to network for this genre,” said Richman in a statement.

Additional programming for the service includes:

The SVOD service will be available on web and mobile apps (iOS and Android) for $4.99/month. Both will offer a free trial at sign up. ScreenJunkies.com offers the option to purchase an annual subscription for the online service at $59. There’s also an option to buy a Founders Club pack for $99, which includes a one-year subscription with one-year free, a Movie Fights home game, and ScreenJunkies merchandize.

Current programming for ScreenJunkies on YouTube, including Honest Trailers, MovieFights!, and ScreenJunkies Show, will remain free on the channel.

Watch the ScreenJunkies Plus trailer below: