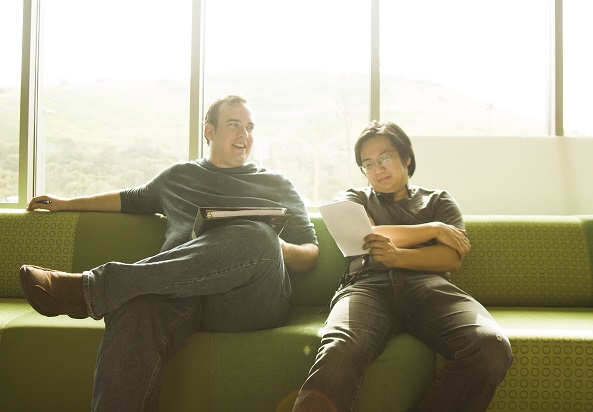 The digital prodco has brought its teen-targeted programming to the Asian market, with more to come, following a deal with Alibaba's Youku Tudou.

RocketJump, the digital prodco led by Freddie Wong, is bringing its teen-targeted programming to the Chinese market following a deal with Youku Tudou.

Under the terms of the agreement, Youku is the official platform for RocketJump’s most popular content in China. Among the shorts now live on Youku’s platforms are:

More content is expected to be rolled out over the coming months. The new partners also have plans collaborate on original content creation next year.

Wong, who c0-founded RocketJump in 2009 as a YouTube channel with Matthew Arnold, and Desmond Dolly, called the deal “a huge step for our company.”

“Youku Tudou gives us the reach into China that we’ve been looking for,” he said in a statement. Wong hinted more international deals involving RocketJump will be forthcoming “in the near future,” though he offered no specifics.

“We founded RocketJump for two reasons: to provide quality entertainment, and to reach as many different audiences as possible,” he said.

Youku, led by Victor Koo, is a YouTube-like streaming platform, with a reach of 900 million daily video views. The company was recently purchased for a reported $3.6 billion by e-commerce and ad-tech giant Alibaba.

Teddy Gu, Youku’s chief product officer, said in a statement the partnership with RocketJump “pairs perfectly” with the company’s objective to continue grow its brand in China, where digital video consumption habits are shifting towards higher-quality, web-native content.

The partnership comes on the heels of RocketJump’s recently announced move into original VR content with a project called, The Big One, in partnership with Hulu. The company is also set to debut another Hulu original docu-series, RocketJump: The Show, on Dec. 2 (delayed from its original premiere date in October).

In August, Wong was awarded with a Trailblazer award at the HollyShorts film festival. The award, in its first year, recognizes artists’ achievements over the length of their career (other honorees this year included linear legends Eli Roth and David Lynch).

RocketJump is represented in the Youku deal by lawyers Adam Kaller and Duncan Hedges of Hansen, Jacobson, Teller, Hoberman, Newman, Warren, Richman, Rush & Kaller, LLP and under the advisement of East West Artists.