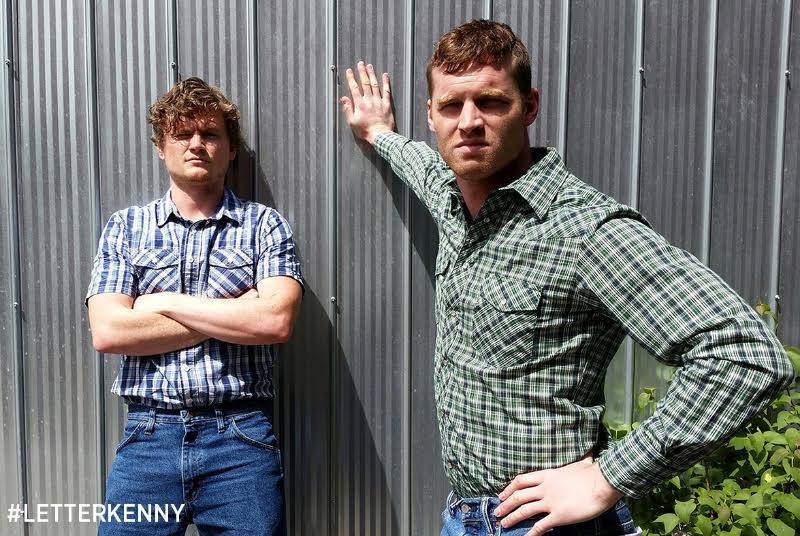 Eh bud, you heard the news? The Bell Media-owned SVOD is tapping all the Canadian stereotypes.

CraveTV, the SVOD service owned by Canadian media giant Bell Media, will soon join the ranks of Netflix, Hulu and other SVOD services that now all offer original content.

CraveTV announced its new original series, Letterkenny, which will begin streaming to customers Feb. 7 (Super Bowl Sunday). That’s only a few weeks after CraveTV is set to roll out nationally across Canada priced at Cdn $4 ($3 U.S.) per month.

The scripted comedy series, which consists of six half-hour episodes, was commissioned by Crave in partnership with The Comedy Network, and is executive produced, directed and co-written by Jacob Tierney (The Trotsky). Its content is based on the short-form digital original created by Jared Keeso (pictured right), Letterkenny Problems (later picked up and hosted digitally by The Comedy Network), which was nominated for a Canadian Screen Award for best digital series.

The show is centered around the eccentric goings-on in the small town of Letterkenny, Ontario (Letterkenny is indeed a real town, albeit a ghost town, located about an hour west of Canada’s capital city, Ottawa). In the series, the town’s small group of misfits, lead by the simple and good-natured Wayne (Keeso, who appeared in the action films Elysium and Godzilla), pass the time talking about hockey, playing sports and discussing their problems, all while lampooning typical Canadian stereotypes (eh, bud?).

The show, which originally ran on Keeso’s YouTube channel, has attracted more than 10.3 million views. The Comedy Network did not provide the total number of views for the series on its own website.

The premiere episode will be screened ahead of the series’ full debut on Nov. 20 at the Canadian International Television Festival at Toronto’s TIFF Bell Lightbox.

Letterkenny is produced by New Metric Media in partnership with DHX Media in association with Bell Media, with participation from the Canadian Media Fund.