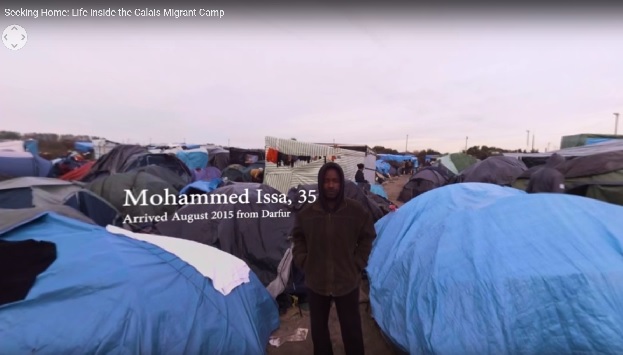 Is VR the future of journalism? The stalwart news agency has partnered with L.A.-based Ryot Media on a series of immersive stories.

Virtual reality is so hot right now, not even a stalwart global news agency like The Associated Press can resist the temptation to take viewers on a 360-journey into the world’s most-pressing news stories.

To that end, the AP has announced a partnership with L.A.-based prodco and VR studio Ryot Media to produce a series of stories in VR. The videos will be co-created and distributed across the AP’s YouTube channel over the next five months. The videos, which are available for free, can also be downloaded through the Ryot VR mobile app. Additionally, it will be distributed via Oculus Share and Google Cardboard.

Led by AP video journalist Dalton Bennett and Ryot director Tyson Sadler, “Seeking Home” is a 360-degree, VR experience that places viewers in one of the largest migrant camps in Western Europe. The film takes the audience through the Calais camp in northern France, and includes voice overlays from migrants and refugees who’ve turned the rugged landscape into a makeshift town with churches, mosques, restaurants, and even a beauty salon. With winter approaching, local authorities struggle to cope with the influx as the camp grows more permanent with each day.

Ryot has produced and distributed more than 20 docu-style VR experiences to date, including a virtual reality film from a war zone in Syria and a profile of the aftermath of the Nepal earthquake.

“We see the future of news as immersive and action-oriented. Philosophically and technologically, virtual reality is the best tool we’ve found for helping people really understand and connect with the headlines they read every day,” she said in a statement.

Other news brands have also employed VR technology in an effort to tell more innovative news stories. PBS recently teamed up with the digital studio Secret Location to produce Ebola Outbreak: a Virtual Journey, which delves into the aftermath of the ebola crisis in Guinea and Sierra Leone.

In April, the New York Times unveiled its new VR short, Walking in New York, made in collaboration with director Chris Milk and his prodco Vrse. The Times’ editor-in-chief Jake Silverstein said at the time that he hoped to work with Vrse on more virtual reality projects.