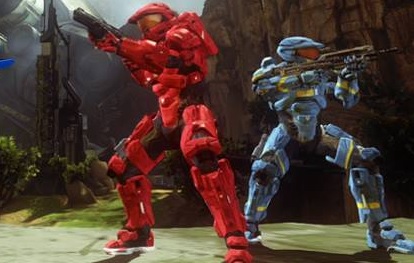 Red vs. Blue to be reformatted for linear

The long-running series, based on the Halo franchise, will be packaged into 95 half-hour episodes to appear on the El Rey Network.

Long-running digital series Red vs. Blue, created by digital studio Rooster Teeth, will air for the first time on linear television — though there won’t be any original content created for the new format.

All 13 seasons of the animated shorts have been curated and formatted into 95 half-hour episodes, which will air on weekend mornings from six to 10 a.m. (ET/PT) on the El Rey Network. The first set of episodes will air Dec. 5.

El Rey was founded by filmmaker Robert Rodriguez, who currently serves as chair of the network. It specializes in comedy and grindhouse-style content. It’s mostly geared toward a Latin-American audience, though its programming is all in English.

Red vs. Blue is a scripted comedic machinima-style series is based on the Halo franchise. (Not to be confused with the MCN Machinima. Rather, the machinima-animation technique refers to animation derived from the manipulation of videogame technology).

The series first bowed in April of 2013 and is about to enter its 14th digital season. It also has a print book set to hit store shelves in mid-November.

El Rey has not yet ordered any episodes of Rooster Teeth created exclusively for television.