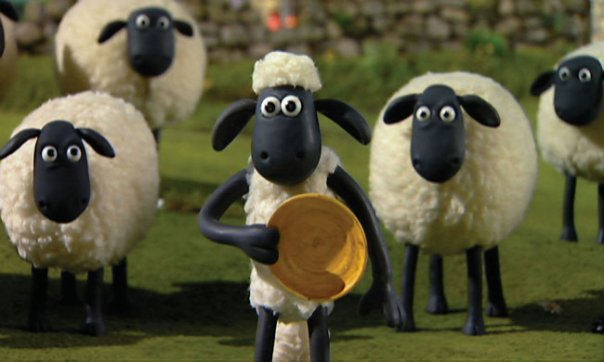 The programming, targeting kids six to 11, will be made available for Prime members in the U.S., U.K., Germany and Austria in 2016.

Amazon has ordered three new original kids series, Dino Dana, The Kicks and Lost in Oz, as well as half-hour special Shaun the Sheep: The Farmer’s Llamas, to debut on its Prime Video platform.

All three series targeting kids six to 11 will be made available for Prime members in the U.S., U.K., Germany and Austria in 2016, while Shaun the Sheep: The Farmer’s Llamas is slated to make its worldwide debut on Prime in the US on Nov. 13.

Live actioner The Kicks, stars a young female soccer star who is uprooted to California midway through the school year and has to rise to the challenge after finding out her new team has been on a lengthy losing streak. Based on a book series by US Olympic gold medalist and current US Women’s National Team soccer player Alex Morgan, the project is executive produced by Full Fathom Five’s novelist James Frey (I Am Number Four) and Todd Cohen (Lumen), as well as Andrew Orenstein (Malcolm in the Middle).

Rounding out the trio of new series is animated action-adventure comedy, Lost in Oz. The series is set in the modern metropolitan Emerald City, where 12-year-old Dorothy Gale befriends the street-smart witch West and giant munchkin Ojo. Along with Dorothy’s dog Toto, the group sets out on an epic journey to help her get back to Kansas. Lost in Oz is developed and produced by Bureau of Magic’s Mark Warshaw, Darin Mark, Jared Mark, and Abram Makowka (East Los High, Smallville).

Finally, in Shaun the Sheep: The Farmer’s Llamas, Shaun accompanies the Farmer and Bitzer to a country fair, where he cleverly convinces the Farmer to buy three exotic llamas. However, Shaun soon find outs his new roomates are a bit too cozy in their new home, and he’s eventually forced to oust the intruders and save the farm.