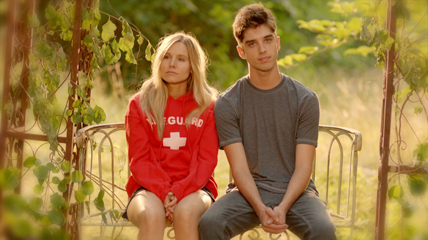 Free VOD service Popcornflix has acquired its first round of exclusive titles.

The 2013 comedy-drama The Lifeguard (pictured) featuring Frozen star Kristen Bell is among the nine exclusive films now available on the ad-support service, which streams movies online and on mobile devices. The film was nominated for the Grand Jury prize at the Sundance Film Festival.

Other titles include the Indonesian thriller Ritual and the horror flick The Last Showing starring Freddy Krueger himself, Robert Englund, both of which were released in 2012.

Popcornflix is a service of New York-based Screen Media Ventures LLC, a multi-platform international film distribution company founded in 1999. It makes its revenue from banner, pre-roll and mid-roll advertisement. It currently has more than 1,500 titles in its library, including the documentary Craigslist Joe and Jimmy Kimmel’s 1990’s linear series The Man Show. In April, it expanded into 36 new territories, including China, Russia, Argentina and Iran.