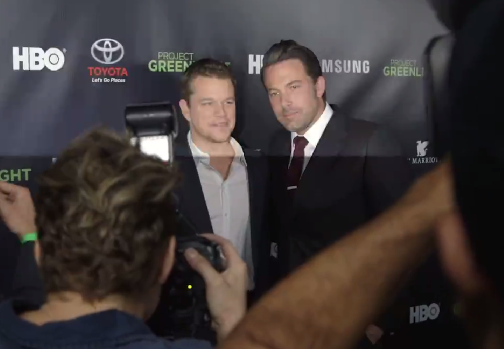 The Project Greenlight Digital Studios venture is an extension of the reality-show mandate: to find and support emerging creators.

Just weeks after her promotion to VP of digital video at Adaptive Studios, Brittany Turner has made her first big announcement.

According to Turner, the mandate of the new digital studio, which is already working with a select group of filmmakers on a slate of original digital series, is much like the purpose of Project Greenlight itself: to discover new creative talent and provide the tools and the space to realize their vision.

“After the success of Project Greenlight, we wanted to grow the brand by making it more interactive and accessible to a wider audience,” Turner said in a statement.

Adaptive will also employ crowd-sourcing platforms to help curate content created under the digital studio brand, similar to the curation process employed by indie film festivals. In this case, viewers will have the chance to cast their vote on what projects move forward through ongoing competitions on various social platforms such as Facebook.

Over the next several months, the digital studio is expected to announce a variety of new contests, original content, and promotions designed to engage the creative community of so-called “Greenlighters.”

Project Greenlight, which is executive produced by Matt Damon and Ben Affleck, gives first-time filmmakers the opportunity to see their projects through from pre-production to post-production. The show first aired on HBO for three seasons in the early 2000s. Adaptive brought it back for seasons four and five this year.

For the latest season, which began in September, Adaptive partnered with Facebook to cast Project Greenlight, drawing video submissions from about 5,000 filmmakers. A total of 15,000 viewers judged the entries and choose the series’ finalists.

Perrin Chiles, Adaptive CEO and co-founder, said the contest element of the show was so successful, it helped to shape the decision to launch the digital studio.

“We were blown away by the videos submitted and felt there were a myriad of opportunities we could provide emerging talent across a wide variety of initiatives,” he said.

To that end, the studio has launched its first call for submissions to its “Get the Greenlight” digital series contest. The winning creator will receive $25,000 to produce an original digital series. The contest opened Nov. 3 and runs to Nov. 25. Entrants are asked to submit a video pitch for their series idea, which will then be voted on by the Project Greenlight Digital Studios community, as well as by select judges from Hollywood and digital media influencers.

In partnership with Issa Rae’s ColorCreative TV, the digital studio will also co-host an online competition in early 2016 to find talented, emerging, and diverse writers. One winner will be “greenlit,” to develop and produce a digital series anthology with a theme selected in advance.

Creators currently working on digital originals with the Project Greenlight Digital Studios include Arkasha Stevenson,  an American Film Institute graduate who previously worked for the Los Angeles Times, and Jahmela Biggs and Desmond Faison, who collaborated on the digital series First for Issa Rae’s YouTube channel.

In addition, the studio has partnered with several of the finalists from this year’s Project Greenlight directing competition, including siblings Arrius and Ellesse Sorbonne, whose digital series follows an introverted gamer forced to fly narcotics over the Mexican border using a drone; Adriano Valentini, who is adapting his Project Greenlight submission video, Beanie Bros, into a series about an idiosyncratic group of young men trying to navigate their 20s; Julian Doan and Alex Hunter, who are adapting their submission video into a comedy about a future where coherent zombies have become the dominant species; and Marko Slavnic, whose thriller is inspired by the Hollywood classic 12 Angry Men. Sarah “Sully” Ullman, the founder of The Jungle newsletter, is also creating a new docu-series for digital studio about creating “digital native” content on Snapchat.