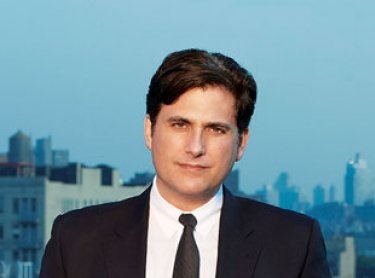 As the MCN moves into original content production and SVOD, it's appointed its first-ever CMO to help build brand identity across all spaces.

Klarman assumes the position immediately and will report to Fullscreen CEO George Strompolos, the MCN and digital prodco announced Nov. 2.

Klarman will develop business and marketing strategy for Fullscreen’s multi-channel network (which includes more than 65,000 creators), digital production and live-touring businesses (which recently produced the Girls Night In 20-city tour starring several of the network’s most popular beauty and lifestyle influencers).

Prior to joining Fullscreen, Klarman served as president of digital marketing consultant company Hashtag Media for 10 months. He also spent six years with NBCUniversal as president of the Oxygen network, and worked for three years as EVP, marketing and digital, for Bravo Media. Earlier in his career he served as SVP of marketing for the network Trio and was VP of marketing at Fox News during the time it launched the Fox News Channel.

Fullscreen has been busy this year expanding on its operations. Recently, it announced plans to create a new SVOD service and also joined forces with the Canadian Broadcasting Corporation to help it form the pubcaster’s first MCN.

The company has also ramped up its production slate of originals, with new digital series such as the film The Outfield, starring Vine mega-star Nash Grier and a revival of the 1970’s action series Electra Woman and Dyna Girl, starring Grace Helbig and Hannah Hart. The Outfield is scheduled to premiere on iTunes Nov. 20, and Electra Woman and Dyna Girl will go live on Fullscreen’s upcoming SVOD service (the launch date has not yet been revealed).