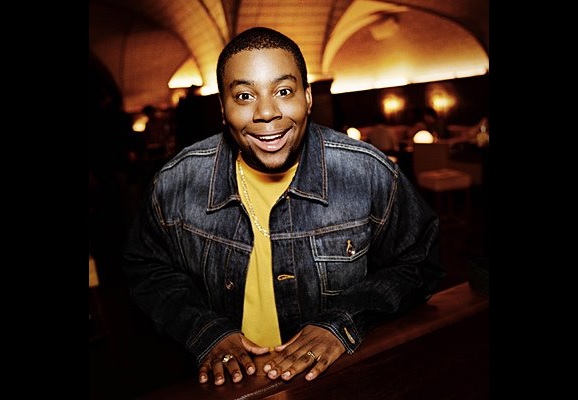 Fandago brings on board Kenan Thompson

Say hello to Miles Mouvay, the SNL alum's new character and face of the "We Love Movies" campaign.

Miles Mouvay was conceived by Fandango as the result of a partnership with L.A.-based ad agency Stun Creative. Thomson will star in 18 digital videos, eight 30-second commercials that appear as online, in print ads and in theater commercials. His character will also get his own handles on Twitter and Instagram.

The digital videos, which can be found among Fandango’s network of videos on YouTube, explain Mouvay’s origin story (he was born in a movie theater and his mother waited

until the end of the movie to carry him home in a large popcorn bucket) and contain a few other comedic skits.

The launch of Miles Mouvay coincides with Fandango’s current “We Love Movies” marketing program. Adam Rockmore, SVP, head of marketing and communications at Fandango, said the goal was to personify the company’s brand, which is all about enthusiasm for movies.

“Kenan has a really loveable quality to him,” Rockmore told StreamDaily. “From his smile, his laugh, the way he really gets into character. We knew he was going to resonate with that 18 to 45 group.”

Fandango has been ramping up its original video content offerings ever since it purchased the MCN Movieclips from Zefr. Its original series include Reel Kids (which actor Jack Black recently hosted an episode of) and I Love Movies. The goal with original content was to extend Fandango’s relationship with moviegoers beyond just the point of transaction when purchasing the movie ticket, said Rockmore.

“The goal was to build a layer on top of the purchase model, so fans are engaging 12 months a year,” Rockmore said. And that philosophy has been paying off, he propecia bestellen said. Ticket sales are up 58% year-to-date, according to Rockmore (exact sales figures were not available at press time), and subscribers to Fandango’s YouTube channels have grown from nine million to 12 million.

“We’re taking all that messaging we’ve built in the ‘We Love Movies’ marketing and we’ve http://viagrageneric-cost.com/ given him a name and a face,” said Rockmore.