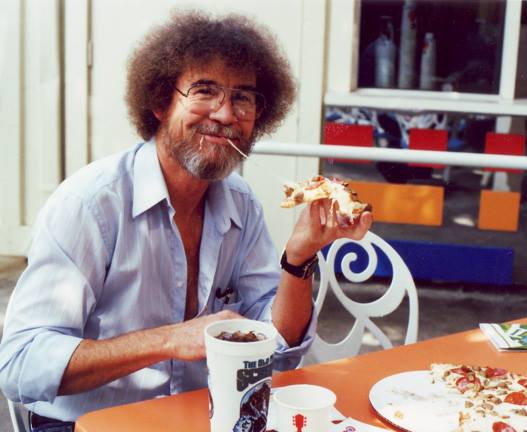 To promote the new Twitch Creative platform, the live-streaming service will broadcast the entire library of Bob Ross' The Joy of Painting.

Live-streaming platform Twitch was once known mainly as a gaming platform. Now, Twitch has broadened its focus and launched Twitch Creative, a hub for its more artistically inclined users.

Twitch Creative officially went live Oct. 29, and to mark the launch, Twitch has secured the rights to broadcast the entire archive of Bob Ross’s The Joy of Painting. All 403 episodes will broadcast live on Twitch starting Oct. 29 (also Ross’s birthday) concluding Nov. 6. The marathon was made possible by Janson Media, which owns the rights to the Joy of Painting library.

Bill Morrier, head of Twitch Creative, said in a statement that art and creativity is very meaningful to gamers, which is why the company decided to launch a creative area. “Top broadcasters began broadcasting creation of fan art during gameplay downtime,” Morrier said in a statement. “This attracted more broadcasters to the platform whose primary focus was on artistic endeavors.”

Twitch Creative will operate similar to Twitch’s front page, with a directory and a carousel to highlight top content. New to Twitch Creative, however, is the ability to put hashtags in broadcast titles, which will allow viewers to discover new channels.

Adobe is also partnering with Twitch Creative as the official launch partner. As part of the partnership, Adobe will launch its own channel on the platform and provide a full schedule of programming featuring artists from the Twitch community, including digital painter and illustrator Geers_art prop and costume maker Evilfx, music composer SceneOfActionMusic and glass artist Vieparlafoi.