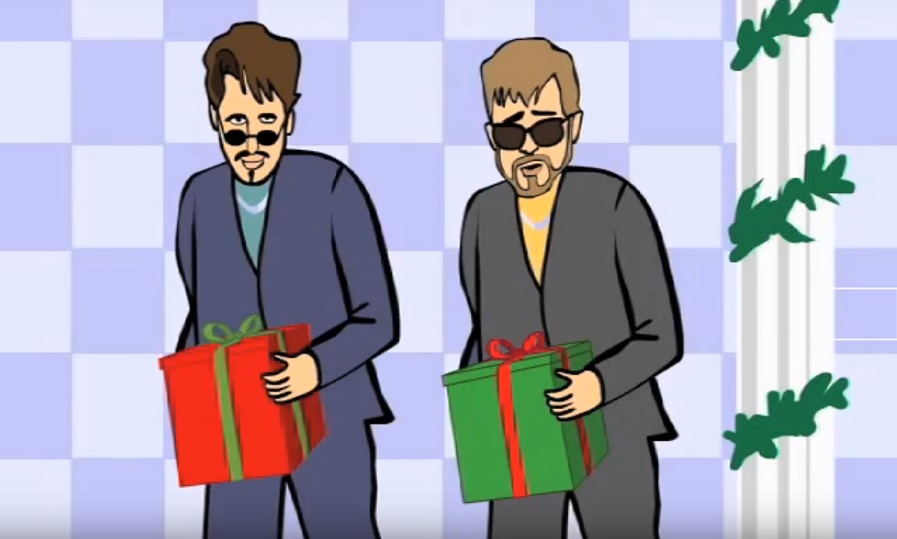 The Channel Frederator head honchos discuss the keys to audience engagement and, of course, the necessity of cats in the online world.

Despite only having one head, Fred Seibert wears many hats. A longtime veteran of the radio and TV world, he is currently founder and CEO of Frederator Networks as well as Thirty Labs—an incubator that builds new products and applications, with a focus on new video technologies and strategies.

On Oct. 30, Seibert appeared in a panel at Stream Con on the changing role of MCNs in the digital space. We sat down with Seibert and Matt Gielen, director of programming and audience development at Frederator Networks and Cartoon Hangover, to learn more about their MCN know-how — and to find out if sleep is even an option at this point.

What ties Channel Frederator Networks together?

Siebert: The popular word a lot of people use now is curation—but I came out of popular music radio. If you think about it, a radio station curates all of the records available?Then they put together a mix that will make listeners happy. We realized that there were a lot of animated films out there that we thought were really wonderful, and the only place we saw them was at festivals. So, we decided that our first play was to find emerging talent and give them an audience. It’s progressed over the years: How can we make things for that audience? How can we curate things for that audience? How can we package things for that audience?so that in a world of real chaos, they can find their way to the things they are in love with?

Where does the audience fit in to all of this?

Seibert: The audience is always the most important part and—especially with traditional broadcasters—the part that is taken most for granted. But as far as we are concerned, we’re all in this together. The only difference between us and the audience is we happen to be hosting. Our job is to communicate what it is we’re doing—and we are perfectly willing to not have most people interested in what we do. We’re here for the people who are interested. And if we have done our job right, we’ve gathered up the right engaged group of people who want to be there, and not people who ended up there by accident.

In every medium—whether it was radio in 1927, or television in 1957, or cable in 1987, or the internet in 2015—every medium has challenges gathering audiences. Sometimes there is technological help. Sometimes there is scarcity help—in the early days of television the average home in America had two channels. But in every medium at every stage in every era, there are tricks of the trade. For years, how often would you hear the term ‘viral video’? Our first big success on channel Frederator was called Internet People (pictured). What creator Dan Meth did was shout out every viral video star through a really catchy song and a little animation of that star. It flew around the internet the first afternoon because everyone was interested in these new stars. That wouldn’t work so much today. Today, you would have to have an animation of Donald Trump up on the air in order to have that kind of success. So the rules and the tricks of the trade have changed. It’s much harder now. It is almost impossible to have a viral hit in the way you did in 2008.

How do you make it so viewers can find what they love?

Gielen: In our view, there are three main ways people discover videos on YouTube—one is human-driven; one is YouTube- or algorithm-driven; and the other is paid. Human-driven combines a number of factors—people searching, people talking to each other, people sharing on social, and those kinds of means. Algorithm-driven is when YouTube says it is going to put your video in related videos, or in What to Watch as a way of suggesting to people that they should watch your video. The third way is paid media.

Siebert: You’re missing one: Put a cat in your video.

Gielen: OK, the fourth bucket is cats. Cats are the fourth bucket. We really focus on working with our creators on the first two—human- and algorithm-driven viewership, and all the various methods of influencing people to share, engage with and search out your content, and then influence the YouTube algorithm to program your content within their site.

Gielen: It’s now more about community—groups of people who are looking for connection with other like-minded people. We are starting to see more and more community happening around particular creators, channels and brands, where they are feeling a part of something bigger than themselves. In the early days of YouTube, we saw it around vloggers, who would create communities around themselves and would have their own lingo and that sort of thing. Now we are starting to see that shift over to programming and show-type formats as well.

One of the things we hear and see quite a bit in our comments, and that starts showing up on Facebook and Twitter, are quotes from [Cartoon Hangover’s] Catbug—like ‘Sugar Peas!’ and ‘Throw a blanket over it’, or ‘Build a little fence around it’—the language that people use creates that kind of community feel and the idea of secret knowledge. I think the concept of YouTube is still very much alive and well. A lot of it skews younger, in the 10- to 18-year-old range, where I think people would identify as a YouTube viewer—they know the big vloggers, they know the big themes going around, they consume the majority of their content on YouTube versus in a theater or on TV, and they feel a part of that community.

How do you define success for any given channel?

Siebert: It depends on your film and who it is meant to serve. When Dan Meth made Internet People, he wanted a really big audience. But his biggest video before that was commissioned for a group for synagogues around New York. They said: ‘We need young people to be more engaged in Judaism.’ So he made this fantastic video called Hebrew Crunk where he took Lil’ John and put him together with a rabbi, and he wrote a rap that incorporated a kind of Jewish Klezmer music in it. I think he got about half a million views inside of one week when he posted it around the high holidays. The rabbis were thrilled beyond belief because 500,000 was probably about 495,000 more people than they ever imagined would look at what Dan gave them.

So ambition really affects what you make, how you make it, how you post it, how you promote it, how you draw it, what kind of soundtrack you use for it—there are a million factors that go into the audience paying attention. We try to give filmmakers a variety of approaches that fit with their personal ambitions. And believe me, having talked to literally tens of thousands of filmmakers over the years, not everyone’s ambitions are what we assume them to be.

Where are we in the evolution of the medium—both YouTube and online video?

Siebert: I think in the online video universe, we are about one inch along on a 100-foot ruler. We’re really in the earliest days and we still have lifetime to go. There is a lot of growth to be had in that world. There are only a billion people who watch YouTube—there are seven billion people on the planet—it has a lot of headroom to go. But in online video, we have barely scratched the surface.

With files by Bree Rody-Mantha