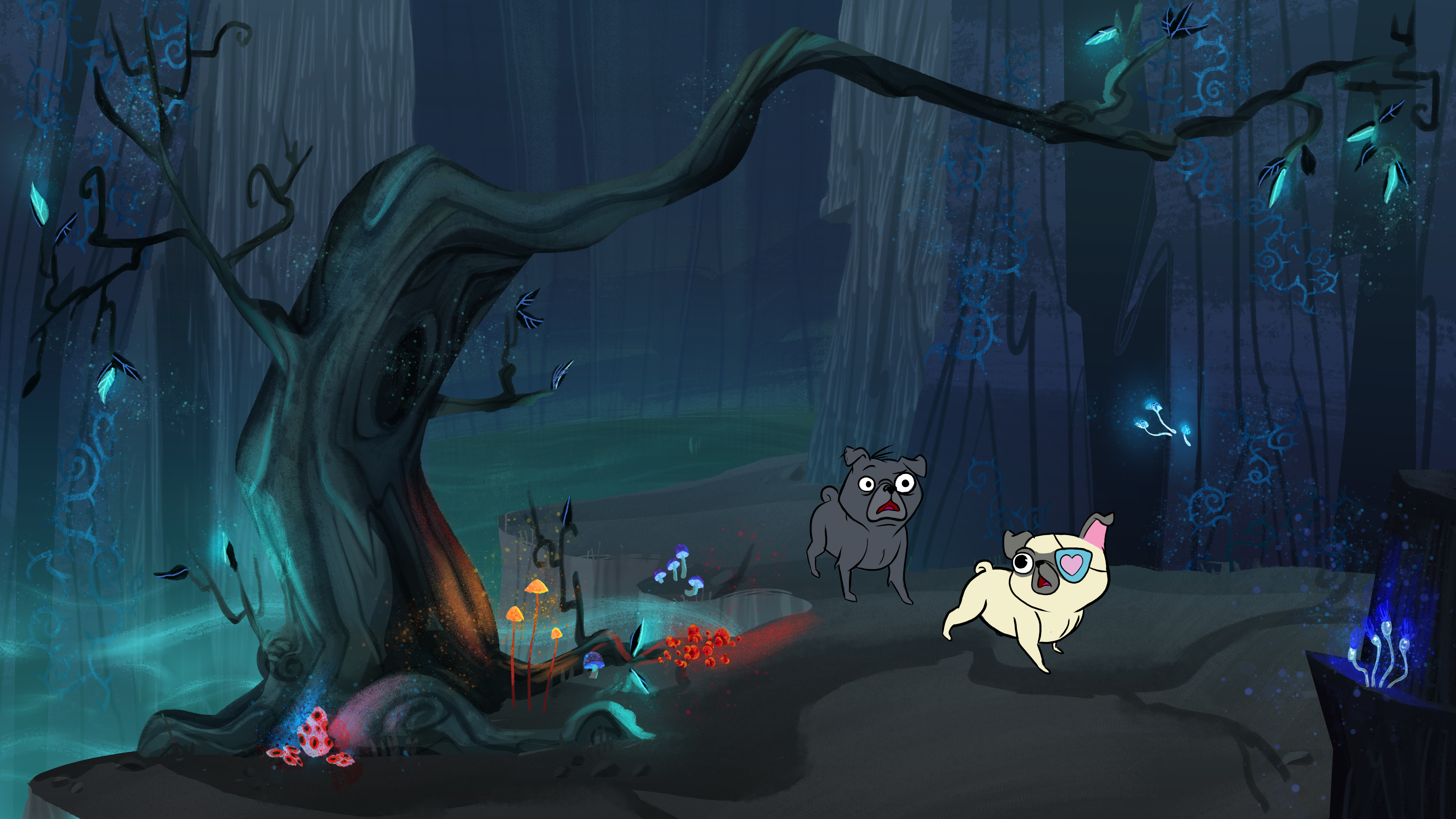 Felix Kjellberg, the YouTube gaming sensation and Maker Studios creator known to his 40 million fans as PewDiePie, is about to embark on another creative venture — this one casting him as the voice of an animated pug. (Cue the collective sighs around the world.)

Pugatory, a new animated series by Maker, follows the adventures of feuding pug siblings Edgar (Kjellberg) and Maya (voiced by Marzia Bisognin, a fashion and beauty vlogger with nearly six million subscribers and, reportedly, Kjellberg’s girlfriend). The two animated pups find themselves in a mysterious land and must make their way back to their beloved owner.

The six-episode series bows Oct. 31 on Pugatory.com, which will also feature extra video content from the series, merchandise and a hub for fan art.

Bisognin (who goes by the online name CutiePieMarzia) and Kjellberg both have been branching out from YouTube lately. Kjellberg released his first book, This Book Loves You, a collection full of inspirational anecdotes, quotes and advice, and Bisognin is set to release a yet-to-be-titled young adult novel in 2016 in the paranormal genre.

Kjellberg is also set to star in Scare PewDiePie, an original series by YouTube that will launch in 2016 as part of its new YouTube Red subscription platform.

Maker Studios has posted the trailer, which you can see below: