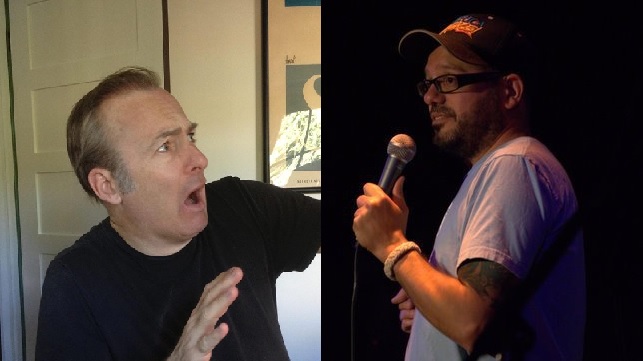 After linear runs as Saul Goodman and Tobias Fünke, the two comedians behind Mr. Show are back together in an digital original.

Bob Odenkirk and David Cross are back together again.

The comedic pair previously appeared side-by-side in the linear sketch comedy Mr. Show, which ran on HBO from 1995 to 1998. (Mr. Show is not available on Netflix, nor is it available on HBO’s SVOD service, HBO Go. In an “ask me anything” session on Reddit, Odenkirk said HBO has a “hate-hate” relationship with the show).

Now, they are back in action in W/ Bob and David, a new original sketch comedy show by Netflix.

W/Bob and David, which premieres Nov. 13 on Netflix in all territories, will consist of four half-hour episodes and an hour-long “making of” feature. It will also feature a supporting cast of Brian Posehn, Paul F. Tompkins, and Emmy winner Jeffrey Tambor (the star of Amazon’s Transparent), among other comedians.

Cross is best known for his turn as Dr. Tobias Fünke on Arrested Development. In 2013, the SVOD producing a fourth season of the linear favorite nearly a decade after it wrapped up on Fox.

In advance of the premiere of W/ Bob and David, Netflix has released a clip of the show (below).