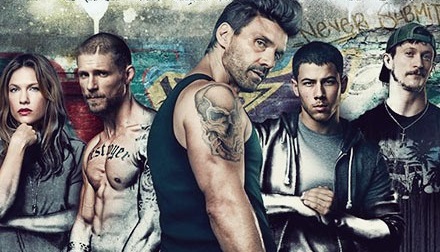 Thanks to a partnership with Twentieth Century Fox, episodes will be available on digital platforms the day after their linear broadcast.

Kingdom, the DirectTV linear series starring Frank Grillo as a champion MMA fighter and former convict, will soon be available to digital audiences.

Endemol Shine North America has struck a partnership with Twentieth Century Fox Home Entertainment to bring the series to digital platforms the day after each episode’s linear broadcast. Those platforms include iTunes, Amazon, Google Play, Vudu, Verizon FiOS, Comcast XFinity, XBox Video and PlayStation Video. This comes after the two companies inked a deal to make the first season of Kingdom available across the same platforms.

Kingdom is produced by Endemol Shine Studios, the scripted division of Endemol Shine North America. The second season of Kingdom is already in progress (the premiere dropped Wednesday, Oct. 14), and episodes will begin uploading to digital platforms immediately, every Thursday. The season consists of 20 episode, with a mid-season break in December.

Kingdom is not currently available on any SVOD or OTT services.