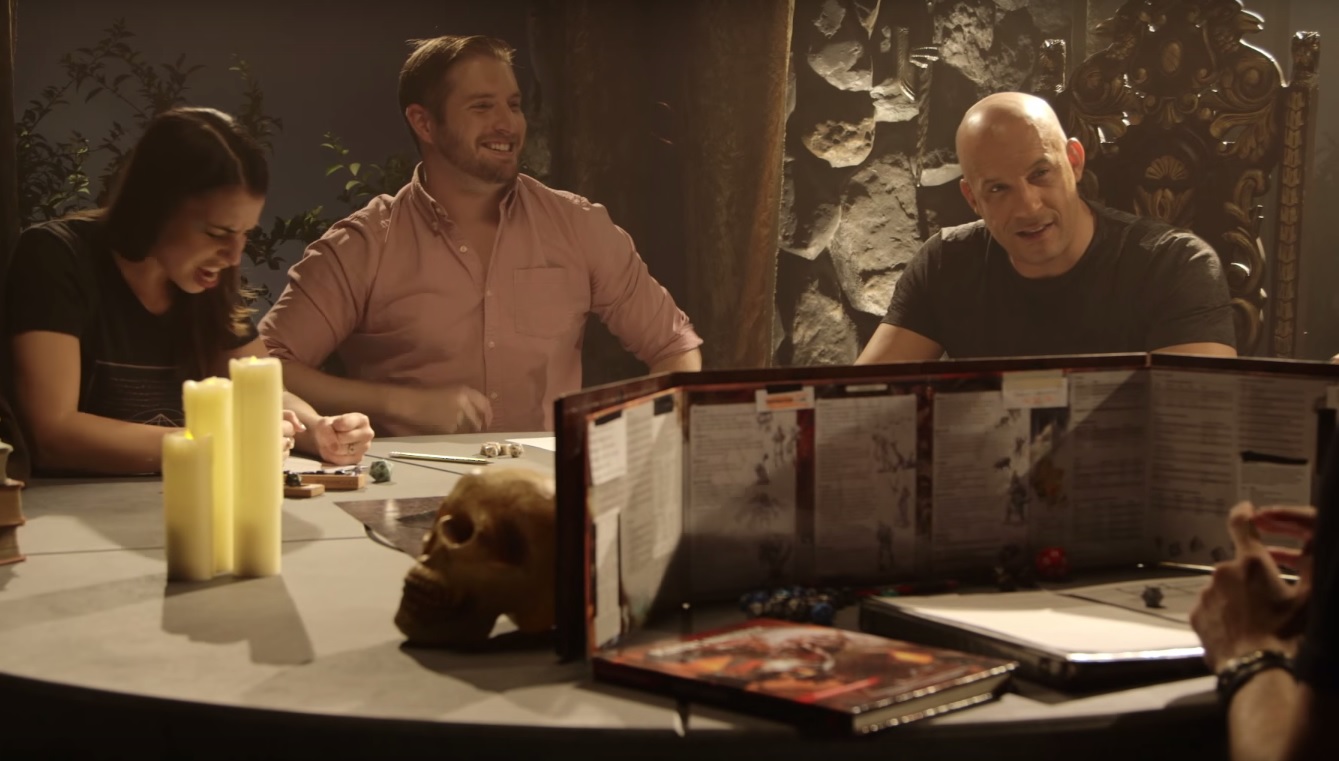 Vin Diesel embraces his nerdy side on Geek & Sundry

The actor, famous for his roles in The Chronicles of Riddick and Guardians of the Galaxy, is promoting his new film with a friendly game of D&D.

Action star Vin Diesel is already a fan favorite among comic book lovers following his roles in feature films like Guardians of the Galaxy and The Chronicles of Riddick. That relationship is only likely to grow more intense following the actor’s star turn in a Dungeons and Dragons-themed 30-minute digital short dubbed D&Diesel.

The video is part of a promotional campaign for Diesel’s upcoming movie, The Last Witch Hunter, which debuts in theaters Oct. 23. In the D&D game, Diesel partakes in the role-playing game as a version of his Witch Hunter character, Klauder. He’s also joined by Nerdist creators Dan Casey and Jessica Chabot, as well as Laura Bailey and Travis Willingham, who appear in another regular Geek & Sundry gaming series, Critical Role.

Diesel will also be featured in a two-part interview on Nerdist to promote The Last Witch Hunter, with the videos premiering Oct. 21 and Oct. 23 on the Nerdist site.

Geek & Sundry has 1.3 million subscribers on YouTube and 180 million views since 2011. It was founded by actors Wil Wheaton and Felicia Day. The network has since launched a number of series focused around video and table-top gaming, comic books and action movies, all of which have featured celebrity collaborations. In July, the network launched a new tabletop-themed miniseries Titansgrave: The Ashes of Valkana, which included YouTuber Hank Green among the players.

Take a look at the D&Diesel highlight reel here: