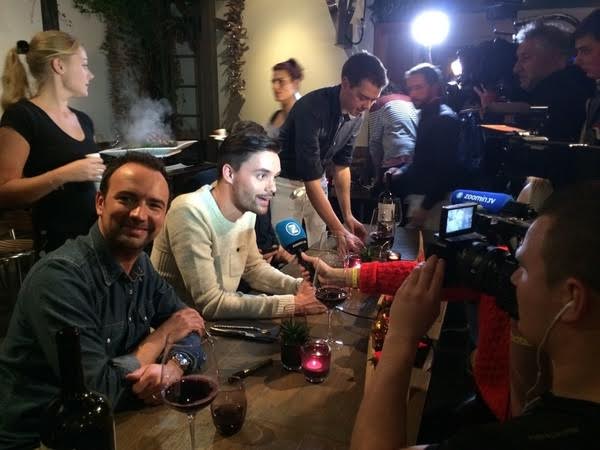 The pair are merging their respective talents in distribution and content creation to reach a multi-national and multi-lingual market.

As companies operating in the online video world go, Zoomin.TV and NewBeTV have little in common beyond their Dutch roots.

Zoomin is an Amsterdam-based multi-channel network and a big one, by European standards. It boasts a cadre of some 2,000 content creators (or video journalists) around the world and a hectic production schedule that delivers 400 news, entertainment and pop culture-focused videos every day to media clients in more than 50 countries in as many as 17 languages.

NewBeTV’s reach is modest by comparison. The prodco, which also calls Amsterdam home, is more apt to emphasize the creative side of the industry, working with just a handful of Dutch YouTubers (including the Netherlands’ top influencer Enzo Knol), and producing scripted shows for the likes of the OTT arms of Dutch pubcasters.

Truth be told, said NewBeTV’s Jeroen Koopman in an email interview with StreamDaily, “We couldn’t be further apart in terms of what we do and what our focus is.”

But that hasn’t stopped the two companies from forging a partnership — one that aims to develop a slate of original, unscripted programming for a global market by merging their respective talents.

Indeed, said Koopman, it’s precisely because of the differences between the two “that made this deal interesting for the both of us — we, as the creative company.”

To that end, NewBeTV has confirmed it has developed more than 20 programming formats which are deliberately designed to be reproduced across languages relatively quickly and respond to current events. The formats capture universal themes that appeal to a wide international audience and encourage content sharing over social media, including man-on-the-street-style vox pops on trending topics to genres that fall more in line with a live game show. The idea is to continue to use video captured by Zoomin’s large, on-the-ground creator network.

Using the same formats, Zoomin’s team will produce the shows, and dub them in post-production to fit the needs of the target audience, or in some cases, totally recreate them in each locale.

Koopman said the shows will be about four to seven minutes in length, with production expected to start in the next two months. The first of the shows are slated to launch in December and will be packaged within the existing output deals Zoomin has with publishers such Yahoo, AOL, MSN (and offered on an individual basis to publishers that aren’t included among Zoomin’s clients). Koopman said the programs will also be available on Roku, Fire TV and AppleTV, as well as platforms in China (though he didn’t specify which ones).

The partners said they also intend to have at least five long-form formats ready for distribution over linear TV, as well as ad-supported VOD and SVOD platforms by early 2016.

Zoomin’s recent majority-share purchase by Swedish media co MTG is expected to strengthen its e-sports offerings, both in terms of reach and talent.

“The strategic value of MTG for Zoomin.TV is not so much operational but (mainly) strategic so Zoomin can deploy its products and formats over a much wider client base,” said Jan Riemens, Zoomin CEO, in an email.

Riemens added the partnership with NewBeTV will allow Zoomin to extend its output from free form and semi non-scripted to formatted and semi-scripted.

“Our global and local clients have a huge need for more content and streams and we fill that demand by utilizing our unique network of global VJ presence and come up with formats that only Zoomin can make… NewBe, known to us for its creativity in online formats, developed several formats for that … and we can’t wait to show you the first results,” he said.