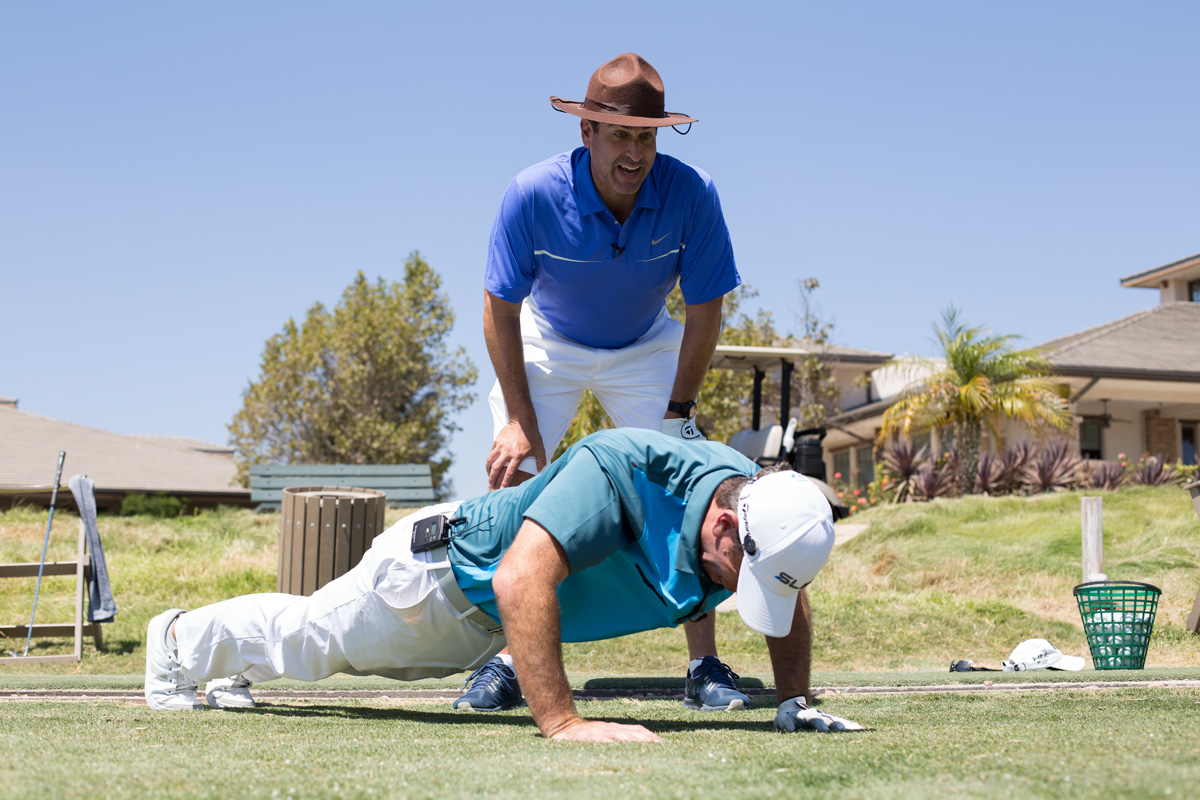 The Southern California Golf Association aims to promote the social aspect of the sport by showcasing some of its most famous members.

The Southern California Golf Association is looking to borrow some of the magic that Jerry Seinfeld created with his digital hit Comedians in Cars Getting Coffee for its new web series featuring celebrities in golf carts.

Appropriately titled Celebrities in Golf Carts, the series launched Oct. 15 on the SCGA website and YouTube. The premiere featured two episodes, starring comedian Rob Riggle (pictured) and Big Bang Theory star Kunal Nayyar. The remainder of the six-episode season will roll out one episode at a time, once per week. The episode featuring Riggle clocked in at just over 11 minutes, while Nayyar’s ran at eight minutes.

The male-skewing series is targeted toward sports fans (or, more specifically, golf fans). Mark Willard (of Fox Sports Radio fame) hosts, mixing casual conversation with the celebrities’ anecdotes from the road. Willard ends each episode with a short golf competition and a beer.

Upcoming guests on the show include Brian Baumgartner (The Office) and Haley Joel Osment (The Sixth Sense).

SCGA executive director Kevin Heany said in a statement the series not only promotes the fun and social nature of golf, but the celebrity-studded aspect also helps to showcase the SCGA. (All the stars involved in the project are association members.)

Seinfeld’s similarly named series, found on its own website and Crackle, has done well for itself — it’s currently in its sixth season and has attracted the likes of Stephen Colbert, Louis C.K. and Seinfeld’s former co-stars, Julia Louis Dreyfus and Jason Alexander, to the screen. The show was nominated for Emmy awards in 2013 and 2014, and in 2015 was named the best digital series by the Producer’s Guild of America. On Crackle, the show amasses around one million views per episode.