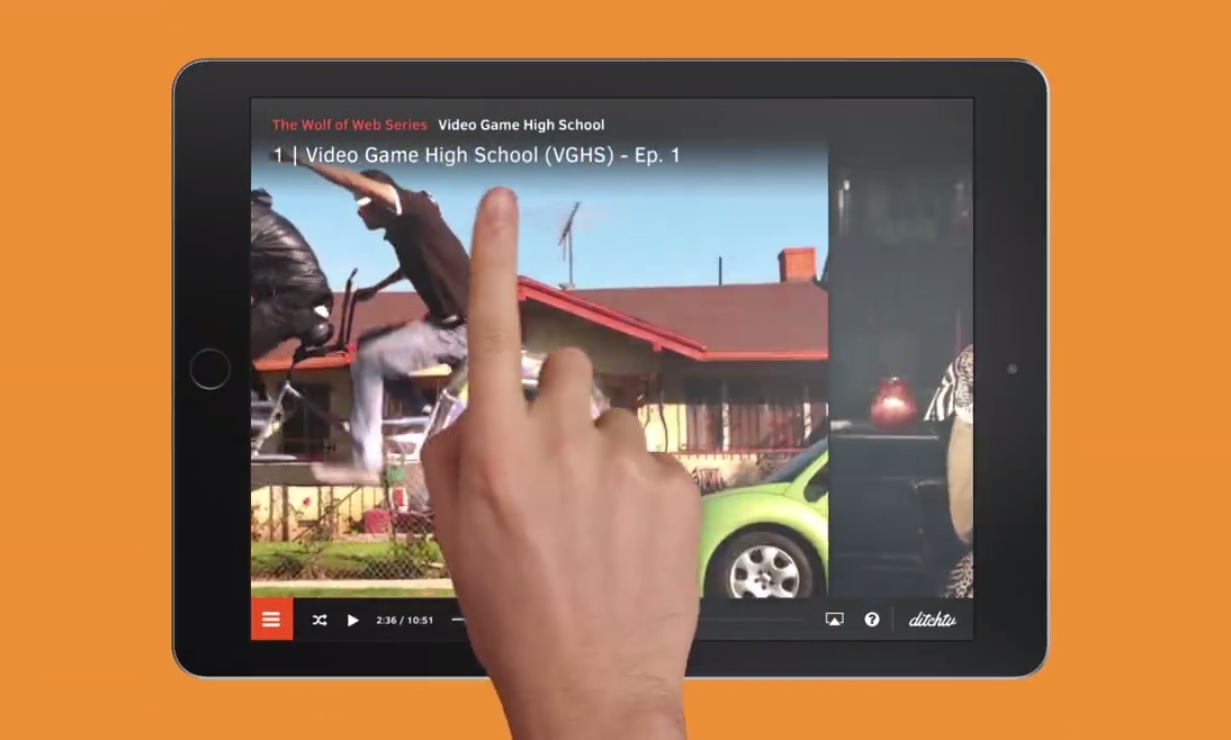 The interactive studio, known for its experimental digital work, has created a free online video curator comparable to Tinder, but for streaming.

Annoyed at sitting down to watch something on Netflix only to be still looking at thumbnails and reading descriptions 45 minutes later, product creator and Secret Location partner and technical director Ryan Andal had an idea. He wanted to create a new site and app that combines the channel surfing and organic discovery of traditional TV with online content.

“I spent five days over the Christmas break trying to build a prototype for what I thought would be a good approach to an OTT network,” he said. “And that’s what DitchTV turned into.”

The DitchTV app — which Andal likened to dating app Tinder — is now available on iOS and web, with an Android version coming soon. Rather than reading short descriptions and thumbnails, users choose content by selecting a human-curated channel like comedy, animation or music. Users are introduced to videos at approximately a third of the way through in order to provide context, and can swipe through the content (much like they swipe through dating profiles on Tinder).

The content curation for DitchTV will be handled by an eight-person team at Secret Location.

Several content curation upstarts have sprung up in the past year, including the paid service Vessel, and Comcast’s new ad-supported curation service Watchable, which launched in September. The move to curation comes as many cable subscribers report frustration linked to content discovery. According to research by the Rovi Corporation, cable subscribers surveyed reported spending an average of 19 minutes per day searching for something to watch.

Andal said the Tinder-like format of the app will provide users with a different experience. “There isn’t a lot of choice built in, either you like the person or you don’t. I did a lot of testing on the (DitchTV) model, wanted it to feel like channel surfing where you can jump right into something.”

DitchTV won’t be monetizing the user base, said Andal, rather splitting the model between placing branded content on its channels and syndicating other OTT channels on the app.

Secret Location is largely known for its experimental digital work, and recently  it has delved into virtual reality, but has undertaken a number of other interactive projects. DitchTV, however, is its first foray into content curation. Andal said the company is aiming to move from a pure service-oriented business to creating original content and projects.

Originally from Media in Canada, with files by Bree Rody-Mantha, StreamDaily