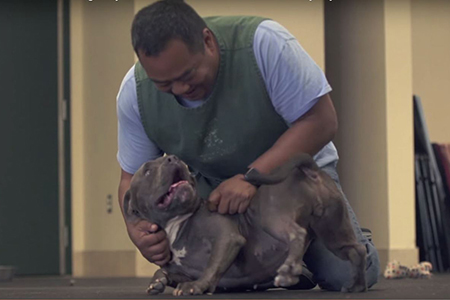 The North Hollywood-based producer launched the digital platform, which is set to debut six original series (including the pet-themed Paw Prints).

The digital platform — which will premiere with six original unscripted and scripted series – is to feature content from a range of genres and styles, including documentary, person-on-the-street, sketch comedy and animation. Episodes vary in length from 15 seconds to five minutes and can be viewed at 1620media.com and on YouTube.

On the unscripted tip, original titles include Paw Prints (pictured), sharing stories from the Pasadena Humane Society about available pets, animals saved by their adoptive families, wildlife rescue and volunteer profiles; The Intersection, in which actor, model and TV host Nikki Leigh journeys to well-traveled Los Angeles intersections to ask strangers a string of random questions; The Mixology Guys, detailing the world of drink-making and bartending via three L.A. mixologists; and finally, Explained In Children’s Drawings, in which children are asked a question about the world and their responses are transformed into animated drawings.

The studio will also unveil the scripted comedy series Inside the Extras Studio and improv program The Real Cat Therapist of Beverly Hills, in addition to planned branded entertainment content.

1620 Media will continue to produce original content on an ongoing basis, and will release seven additional original programs throughout October and November. The company is currently in development on a raft of series featuring talent from the sports, comedy and design worlds.