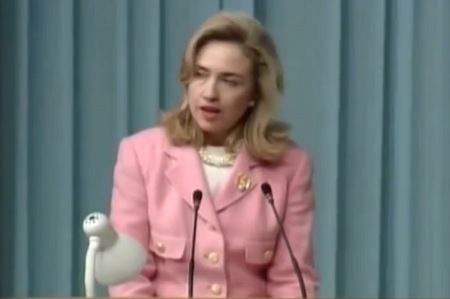 The festival's line-up includes a preview of Making A Murderer and the world premiere of AOL Makers' Once And For All.

An AOL Makers-produced documentary marking the 20th anniversary of the Beijing Women’s Conference and the Netflix series Making a Murderer are among the films to screen at this year’s DOC NYC festival, which kicks off Nov. 13.

Democratic presidential hopeful and former U.S. secretary of state Hillary Clinton will attend the world premiere closing night screening of Michael Epstein and Dyllan McGee’s Once And For All (pictured). The film looks at the 1995 UN-backed conference that was the world’s largest gathering of women and included a speech by then-U.S. First Lady Clinton.

In total, the line-up features 200 films. Other digital titles include the Nina Simone tribute What Happened Miss Simone and Winter on Fire: Ukraine’s Fight for Freedom, both from Netflix.

For the full DOC NYC line-up, visit the festival’s website.

With files from Kevin Ritchie, Realscreen