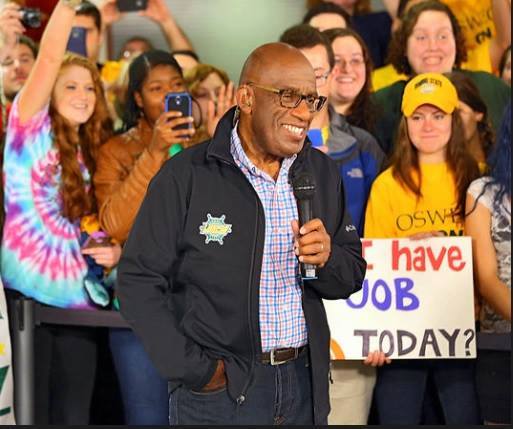 With the channel's apps already seeing a 35% bump in morning traffic, it's pulling in veteran broadcaster Al Roker to boost those numbers higher.

The Weather Channel is introducing a new daily mobile news show hosted by Roker, who has been prepping Today Show audiences on what to expect from Mother Nature for 20 years.

The Lift, a mobile-only morning show, will launch Oct. 15 and will also feature meteorologists Domenica Davis and Ari Sarsalari. It will appear through the Weather channel app, available on iOS and Android, and will consist of six to eight short segments focused on both breaking weather news and features, including nature stories and viral videos.

The show aims to capitalize on the large number of Americans who make their smart phones a part of their integral morning. According to research published in eMarketer, 65% of U.S. smartphone users check their phones within 15 minutes of waking up.

“There is a dedicated fan base for The Weather channel’s morning television lineup, but we also know millions of people begin their days on the Weather app,” said Katz in a statement. According to the Weather Channel, its digital platforms achieved 1.2 billion video views in 2014, with 40% coming from mobile users. The Weather Channel apps also see a 35% increase in traffic above average during morning hours.

“Knowing traffic spikes during morning hours, it was a natural next step for us to experiment with a mobile morning show and create video content for users who are already using the Weather app in their morning routine,” said Katz.

Roker, who heads up Al Roker Entertainment and the production studio Roker Labs, has been no stranger to digital media despite his linear roots. Content from Roker Labs broadcasts to both rival live-stream services Periscope and Meerkat, and Al Roker Entertainment recently struck a deal with news wire service Business Wire to create a new online series of news videos.