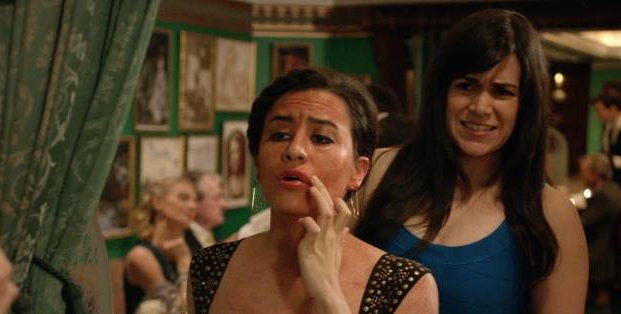 The SVOD - which will remain U.S.-only for now - has acquired rights to Broad City, Inside Amy Schumer and more.

Hulu has been busy securing some high-profile exclusivity deals of late. The SVOD confirmed Oct. 6 that it has renewed and expanded a content partnership with Viacom — a deal that brings a slate of popular linear series to the on-demand platform, including Broad City (pictured), Inside Amy Schumer, Teenage Mutant Ninja Turtles.

Through the partnership, Hulu will gain exclusive streaming rights to a number of titles from Viacom’s brands including Nickelodeon, Comedy Central and MTV.

The deal also includes titles such as Comedy Central’s Drunk History and Key & Peele, MTV’s Faking It and Finding Carter as well as several children’s titles from Nickelodeon, including Rabbids Invasion, Sanjay and Craig, The Thundermans.

Hulu CEO Mike Hopkins said in a statement the two companies have been working together for more than five years. Under the previous deal, Viacom’s late-night shows such as The Daily Show (formerly with Jon Stewart and now with Trevor Noah) became available for streaming on Hulu the day after airing on linear broadcast. Under the new deal, many episodes will be available only hours after their linear broadcasts.

Other recent exclusivity deals signed by Hulu include Fox’s Seinfeld and The Last Man on Earth. It also acquired non-exclusive SVOD rights to hits from Epix’s film library, including The Wolf of Wall Street and The Hunger Games (Epix also distributes the titles across Amazon Prime). Competitor Netflix announced shortly thereafter that it would soon be discontinuing Epix titles.

Unlike Netflix (which stated in a blog post Aug. 30 that it would rather “provide great movies and TV series… that are only available on Netflix”), Hulu does not typically chase strict exclusivity deals.

In related news, Holmes told an industry crowd at a recent at MIPCOM event in Cannes that Hulu has no immediate plans to make its content available to markets outside the U.S. (though he did hint the move isn’t out of the question).

“We’re evaluating the markets,” he said. “When you look at broadband penetration, when you look at this array of devices that is being adopted in every country around the world, it’s certainly something we’ll take a look at.”