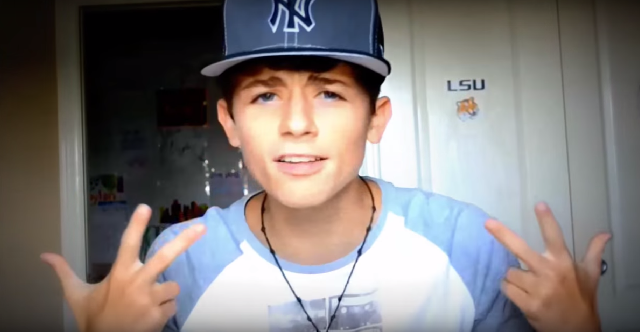 The 17-year-old is increasingly influential in the digital-first demographic, with more than 21 million YouTube views and 1.6 million followers on Vine.

YouTube vlogger and emerging musician Dylan propecia price Dauzat has signed with Abrams Artists Agency as the talent agency continues to grow its stable of digital influencers whose programming and personality have made them a hit with Gen Z and millennials.

The 17-year-old from Louisiana has had more than 21 million YouTube views, led by his “Cute Things Girls Do” videos, and 1.6 million followers on Vine. He also maintains a substantial presence on Instagram, with 855,000 followers and Twitter (428,000).

In 2014, Dauzat joined the Fullscreen digital network. He’s managed by Scale Management, with whom he signed in 2013.

Abrams will represent Dauzat across all aspects of the digital space.

There was no immediate word from the agency on exactly it has planned for Dauzat’s career. Broadly, the agency’s “360-degree” client approach means it seeks out opportunities on behalf of its clients in all areas of the industry and not necessarily in their particular vertical or expertise. (For example, agents have brokered fashion, home and TV deals on behalf of digital influencers that began in the beauty space.)

In recent months, Dauzat has moved up the iTunes charts with his first single, “Kickin It,” which placed in the top 10 within 24 hours of its release. He has also released an EP, “Magnetic.”

In August, Abrams signed another Fullscreen talent, Breland Emory, who goes by the name GlitterForever17 on YouTube.

In an earlier interview with StreamDaily, Alec Shankman, Abrams’ head of alternative programming and buy viagra digital media in L.A., said the agency is always scouting for creators who have the ability to make entertaining and engaging content that can potentially be leveraged to pair with brands, merchandising and television — “all the places where we like to help the talent grow.”