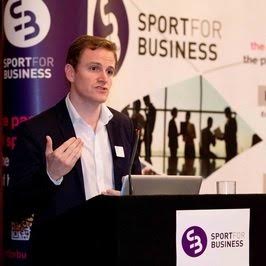 Former YouTube manager Denis Crushell is tasked with growing the company's customer base - including MCNs, brands and agencies.

Tubular Labs has its sights set on European expansion and the California company has appointed former YouTube manager Denis Crushell to lead the charge.

Crushell has taken on the newly created role of VP of Europe for Tubular, a video tech and analytics firm that keeps close tabs on the relative power of digital influencers and the content they create across platforms, including YouTube, Vine, Instagram, and Facebook. That data — along with other digital metrics, including users watching habits — is shared with multi-channel networks, brands and agencies looking to connect with the right talent and capitalize on the growth of online video.

The job will see him based in London, where he is tasked with growing the company’s customer reach throughout the European continent and adapting the platform for the cultural differences.

“This is really an opportunity to really expand the business, initially here in the U.K. and then in other regions outside of the U.K.. Obviously, Germany and France are key markets for us, as well,” he said in an interview with StreamDaily.

Crushell, who spent nearly 10 years with the Google-owned streaming platform as head of sponsorship in Europe, said one of the key differences between American and overseas MCNs is in their scope of operation. With the exception of a handful of large networks (such as Scandinavia’s Splay or Rightster and BuzzMyVideos, both in the U.K.), most European MCNs focus within the strict borders of a single country.

Those geographical boundaries have more to do with language than culturally appropriate content.

It’s also true that Europeans, on the whole, have been slower than American viewers to adopt digital and mobile platforms, though that trend is changing.

Rob Gabel, founder and CEO of Tubular Labs, said in a statement that videos produced by European digital brands grew more than 50% in viewership last year, surpassing 31 billion views and more than 500 million engagements. That growth trend led the company to open the London office.

“Forget about TV or online or mobile. As a viewer, you just want to see great video content and more and more we expect to see it on any screen. I think that is going to happen more over time,” said Crushell.

Prior to joining Tubular, Crushell held several management positions at YouTube and Google. Those roles include YouTube’s head of sports sponsorship in northern and central Europe. He also worked with some of Google’s largest retail clients in the U.K. as the company’s retail industry manager.