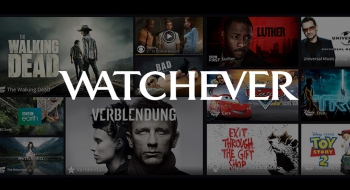 Vivendi’s Watchever gets a facelift

The revamp of the German SVOD is intended to help the struggling service better compete with the likes of Netflix.

German SVOD Watchever has relaunched with a new look, new features and new motto promising “So much more to discover.”

The Vivendi-owned service, which has struggled since its 2013 entry into the streaming world, offers plenty of international programming, which is now bundled under 25 branded channels that can be organized by theme according to a user’s profile. (Users can set up five profiles at a time).

BBC Worldwide has also introduced new brands into the German market for the first time through the partnership, including BBC Brit (Little Britain, Top Gear) and BBC First (Luther, Mis-Fits). Established brands, including Doctor Who and BBC Earth (David Attenborough Presents), are also among the channels on offer.

The available library includes blockbusters, TV series, concerts, children’s programs, documentaries and arthouse titles. Most of the videos are available in both English and German (dubbed) and, where possible, are provided in HD.

Among the new features added to the service is a recommendation engine (with selections made through the combination of computer algorithm and an in-house editorial team) has also been introduced to make finding content easier.

The revamp comes a year after Vivendi was widely rumored to be looking for a new buyer for the SVOD, with media reporting at the time that the French media company had sought advice from U.S. bank Merrill Lynch on what to do in the wake of increased competition in the on-demand space, specifically from Netflix, which entered the German market in 2014.

Vivendi execs appear to have backed off that strategy, opting instead for a broad revision of the service.

“When we launched our service more than two-and-a-half years ago, we shook up the German video streaming market. We have learned continuously ever since — the viewers want to discover new and diverse content among movies, series and concerts,” said Ayari, adding the new channel-based structure makes that access to what he terms “relevant” content possible.