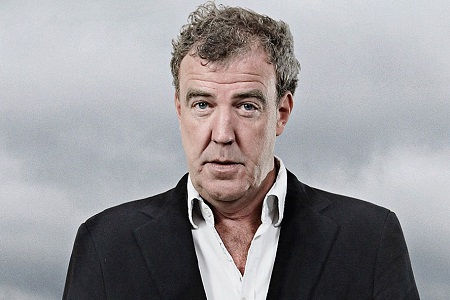 A Realscreen London panel on handling presenters and talent touched on such topics as the tipping point between Top Gear and former host Jeremy Clarkson (pictured) earlier this year, the cross-over limits for linear and digital stars and ageism against older presenters.

Here below are five lessons learned from the session:

1.) Support for the BBC’s actions around Clarkson and Top Gear is widespread… At least in the TV industry

Millichip kicked off the session with a round of questions about the U.K. pubcaster’s headline-making dealings with Jeremy Clarkson, whose contract was not renewed by the BBC after he engaged in a verbal and physical altercation with a producer. Clarkson and his former Top Gear entourage, Richard Hammond and James May, have since signed a deal with Amazon to bring bring their show digital in 2016.

The Sky Vision exec asked the panelists what they would have done if they were in the pubcaster’s shoes, and all supported the decision to part ways with Clarkson.

“There were no winners that came out of that incident.” – Mark Linsey, BBC controller of entertainment commissioning and deputy director of television

“I would have done exactly what you did; I don’t think there was a choice” Donahue said, turning to Linsey, who agreed that there was “little alternative.”

“There were no winners that came out of that incident,” the BBC exec told delegates. “But a line was crossed and we had to act accordingly.”

Later on in the session, when Linsey pointed out that even crises must be embraced as opportunities, Clinton-Davis remarked that Chris Evans – who was tapped as Clarkson’s replacement at Top Gear back in June – brings a “whole new name” to the show with “another level of comedy and humor.”

2.) Digital talent can get mixed results on linear platforms

Reflecting on Clarkson’s consequent move to Amazon, the conversation shifted to whether great talent is moving out of the linear sphere. Clinton-Davis said that while vloggers are on the rise, it doesn’t necessarily mean their success is going to translate to cases where they become the next Trevor McDonald or Joanna Lumley.

“Nor does it mean that the Trevor McDonalds and Joanna Lumleys are busy trying to find their place in the non-linear world,” the exec continued. “So actually I think it can be mutually beneficial. I think the ability of [Amazon] and Netflix to attract big talent, they’re real contenders, but I think there’s space for everybody.”

Lifetime’s Donahue agreed with Clinton-Davis’ points and said that the U.S. has seen a trend recently in which linear channels have tried to build shows around digital stars with mixed results.

“What we may find as time moves on is that actually the digital stars are more than likely not going to be able to make the leap and television is going to be the platform from which stars are made who can then monetize on other platforms.” – Mary Donahue, Lifetime senior VP of non-fiction programming.

“What we may find as time moves on is that actually the digital stars are more than likely not going to be able to make the leap and television is going to be the platform from which stars are made who can then monetize on other platforms,” said Donahue, adding that Lifetime has been on a two-year push to find talent on digital platforms.

“We’ve looked every place and have not found many that we felt would hold the larger eyeballs for a longer, sustained period of time we need with linear,” she noted.

Clinton-Davis added that this could be because so many digital stars reach niche audiences, discussing such specialized topics as beauty and technology that don’t translate to broad-based channels.

World of Wonder’s Bailey said that the PR message around digital talent generally reads that due to their large subscriber bases online, they don’t need television and can bypass the platform entirely; however, the exec — citing a program the Ru Paul’s Drag Race producer is making for Disney’s Maker Studio — pointed out that many non-linear stars still wanted to cross over into linear as well.

“We’ve been working with [Disney] producing a pilot for a Maker show for ABC, and contrary to the myth, they all want to do TV — they see that as the next level.” – Fenton Bailey, World of Wonder co-founder

“We’ve been working with [Disney] producing a pilot for a Maker show for [U.S. broadcaster] ABC, and contrary to the myth, they all want to do TV — they see that as the next level,” he told the audience.

“We do great on iTunes with Ru Paul’s Drag Race, but only because it’s on TV. If it wasn’t on TV, iTunes wouldn’t carry it, so TV is a crucial showcase,” said Bailey.

Most panelists agreed that there was no easy equation when it came to translating a strong social media presence into a presenter that will draw audiences on a linear platform, and vice versa.

“Someone who’s got hundreds of thousands of followers on Twitter, it doesn’t necessarily translate to ratings.” – Jo Clinton-Davis, ITV factual controller

“Someone who’s got hundreds of thousands of followers on Twitter, it doesn’t necessarily translate to ratings, but on the other hand, someone else might have a following…and they can really enhance the brand through the Twitter conversation,” said Clinton-Davis. “But I think in the end if a great piece of talent came on and had no Twitter following at all, it wouldn’t matter because it’s about their presence in the linear sphere and that’s the most important thing for us. Anything else is a bonus.”

Asked if the media sector is overstating the social media factor, Discovery’s Laycock said it’s easy to get too excited about a show that ultimately yields poor numbers.

“We’ve had examples of that at TLC where things have trended well and it looks like it’ll be a massive ratings hit and then you get the overnights the next day and it’s a bit disappointing,” said the exec.

5.) Ageism against older presenters is more of an issue in the U.S.

After a discussion on the need for greater diversity among all networks and broadcasters — both in the U.S. and in the U.K. — World of Wonder’s Bailey noted that one area still falling short when it comes to presenters is the consideration of older hosts.

“It’s almost impossible to have a presenter or talent or on-air person over 45.” – Mary Donahue

“I think old people — 60-plus — are a goldmine of talent, content and humor and entertainment, yet it’s always just the wall upon which we come to and push back,” he said.

At this point, Clinton-Davis said that ITV’s 100 Year Old Drivers was a good example of a program that broke boundaries and perhaps pointed to a “renaissance in terms of age.”

Donahue countered that the issue for American nets such as Lifetime is that the programs are rated for ages 18 to 49 years.

“It’s almost impossible to have a presenter or talent or on-air person over 45,” she said.

Story courtesy of Realscreen, with files by Darah Hansen, StreamDaily