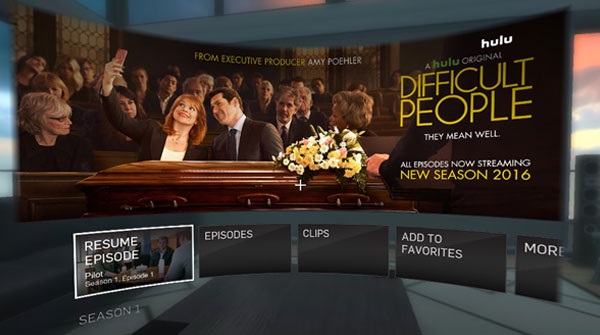 The social networking giant will be among the first to roll out 360-optimized content for the virtual reality headsets.

Oculus will now offer video content from a number of video providers, including Facebook, Netflix and Hulu.

The boost to Oculus’s video offerings was announced during the keynote at the recent Oculus Connect 2 developer conference in Hollywood on Sept. 25. There, the Oculus development team unveiled plans for new apps for both the Oculus Rift VR headset and the Samsung Gear headset (Oculus developed Samsung’s Gear VR system).

Head of mobile Max Cohen announced a number of partnerships in Oculus’s video division (renamed Oculus Video from Oculus Cinema): Fox, Lionsgate, Facebook, Netflix, Twitch, Hulu and Vimeo. Through the partnerships, Oculus will create apps for the companies to host their content, which can be streamed, purchased or downloaded.

Not all of those providers have created VR-optimized content yet, but Facebook and Hulu have already announced plans to delve into the 360 game. 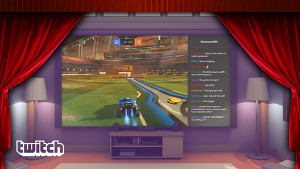 Facebook will be one of the first to roll out its new immersive content for Oculus. The social network recently started enabling 360 videos, and starting in November, Oculus users will be able to view those videos on their headsets.

Hulu has also promised to create “a variety of cinematic VR films across multiple genres.”

VR content has to be developed for the medium from the start, with filming done in 360 degrees (either with special cameras or with a number of cameras arranged side-by-side) and then have the footage “stitched” together in the editing process.

So what many of the companies have created is a sort of virtual theater (pictured, right) using images to transform the viewer’s environment into a more cinematic experience.

On its corporate blog, Netflix went into detail on the techniques it would use to create a more “theatrical” experience on the Oculus, including hiding the curser and other controls that overlay on top of the content, removing the various distracting elements of the interface.

However, Oculus said many of the brands will be working on VR and 360-optimized content. Few details were available on what the specific companies would be creating, or any timelines.

The keynote can be watched in its entirety on the Oculus Twitch channel.