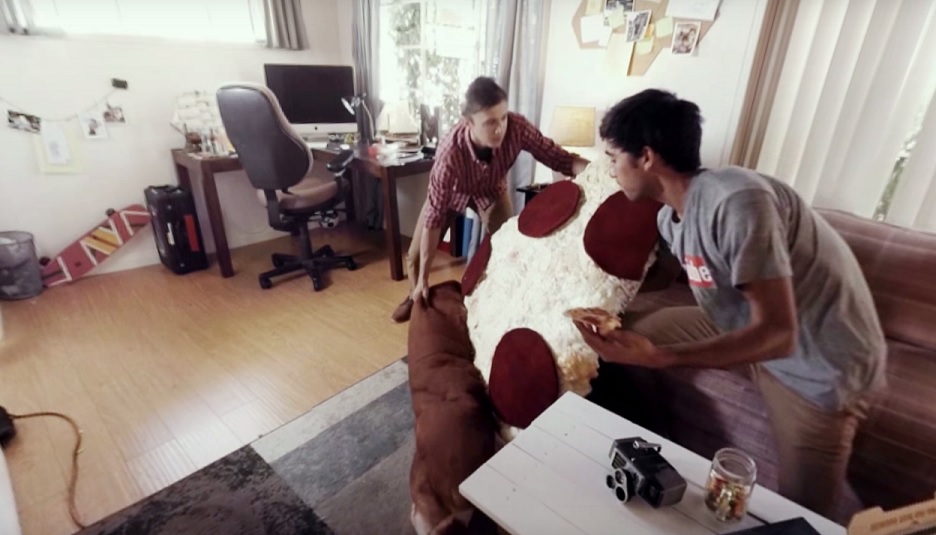 The 360-video is the result of a collaboration with Google and taps into the tech-obsessed audience for the new linear series, which bows Sept. 24.

Zach King has built a business on YouTube, Instagram and Vine with comedic videos that show off his skills as a magician (and special effects master).

Now, King is taking that fame (and his more than three-million fans) full circle, literally, with the release of a 360-degree promotional video in support of NBC’s new linear series Heroes Reborn, which premieres Sept. 24.

The video is the result of a collaboration between King, Google and NBC.

Jessica Nevarez, senior director at NCB Entertainment, said the partnership with Google helped tap into the tech-obsessed audience for the series, which is a sequel to the 2006 action hit Heroes, and that the 360 element would add an extra bit of fun and interactivity for viewers.

King’s own digitally enhanced feats include making cats appear out of thin air and spinning pizza slices to the size of a human. Viewers can watch the video on mobile with a makeshift VR headset (such as the Google cardboard) or can drag around their screens to watch the 360 action. The 360 option is also available on desktop computers.

“We knew the audience for Heroes Reborn, both new and returning, would be excited about the opportunity to play around with 360 video on their mobile devices, especially with the fun concept we developed with (King),” Nevarez said in an email to StreamDaily.

Nevarez said King was a great fit for the collaboration, not only to help NBC reach a young audience, but to compliment the themes present in Heroes Reborn.

“(The video) spoke to the core message of the show, which is ‘ordinary people with extraordinary abilities’,” she said. “We thought we could have some fun with the ‘powers’ that he has in his videos, as that is a core part of Heroes.”