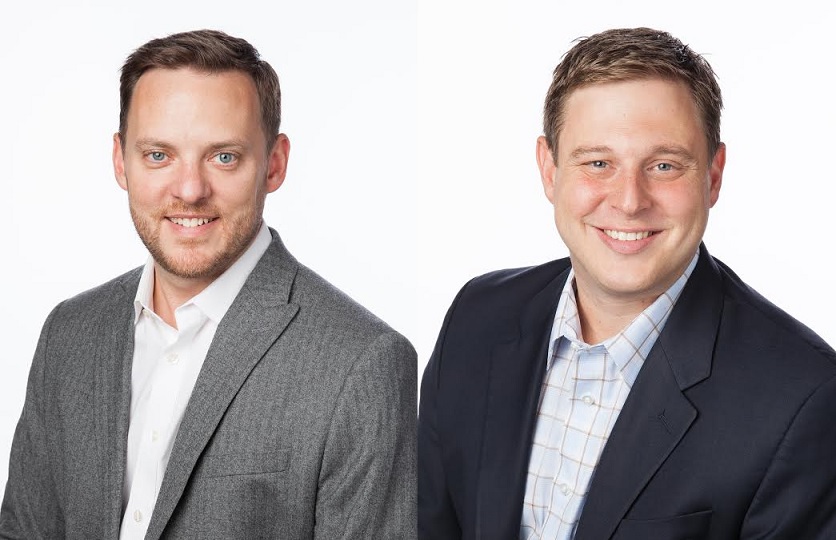 Time Inc. promotes from within to boost original and branded content

With a digital reach now equal to its print, the media co has upped two of its executives as it continues to invest in its video strategy.

Media giant Time Inc. has promoted two of its executive producers to senior positions with the aim of boosting its original video programming efforts.

Mike Beck  (pictured, left) will now serve as senior executive producer, development and production, and Ian Orefice (right) as senior executive producer, original and current programming. Together, they will share the oversight of original video programming and branded entertainment productions across all platforms and channels for Time Inc.’s U.S. brand portfolio, the company announced.

Beck, who has been a producer with Time since 2007 and help bring to market some of its first digital originals, will head up operational oversight of all Time’s video studios, including its newest studio in New York.

Orefice, who previously worked as an executive producer with CNN Money before joining the Time Inc.-owned Sports Illustrated in 2010, will be in charge of developing multi-platform programming based on Time’s video content strategy.

Both will report to J.R. McCabe, SVP, video.

“(Beck and Orefice) are extremely talented producers (who) will be vital in helping us continue to achieve our very ambitious business goals in video and TV,” said McCabe in a statement.

Time Inc. has been pouring increased attention into its digital video strategy as of late. The company first announced the creation of its video distribution network at the 2014 NewFronts and has since partnered with the likes of Amazon, CBS, Roku and many more sites and platforms. It was also a featured launch partner with the new VOD service Vessel.

At its 2015 NewFronts presentation, McCabe announced 11 new series and video projects the company would add to its portfolio throughout the year, and last month, Time debuted the digital doc New Orleans, Here & Now, its first piece of content distributed in partnership with Rampante.

Now, the media co’s worldwide digital properties reach the same as its print publications, with 120 million views per month across 50 websites, according to its own statistics. According to the August 2015 comScore data, page visits to Time’s digital videos are up 399% year over year.