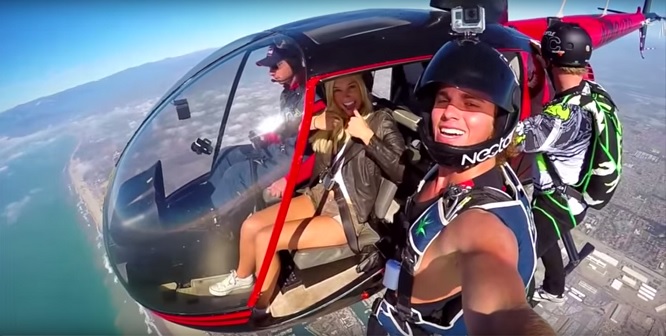 People are Awesome (and Jukin Media wants in on the action)

The acquisition piggybacks on the success of the MCN's FailArmy brand and its ability to monetize content through cross-platform licensing deals.

Jukin Media has been on a shopping spree of late, and the L.A.-based MCN whose stock and trade is in acquiring and distributing user-generated videos is showing no signs of reversing that trend any time soon.

People Are Awesome (PAA) is the network’s most recent addition. PAA is a feel-good online brand based in the U.K. Featuring everything from parkour to skateboarding to wingsuit flying and cliff diving all synched to music from global recording artists, the brand’s curated collection of user-generated short-form videos have garnered 403,000 YouTube subscribers and more than 240 million views since launching in 2007.

It’s 40 mg twice a day accutane most recent hit People Are Awesome (Summer can you take viagra and cialis together 2015 Edition) (pictured) has about 5.5 million views to date.

Jukin reps offered no details on the sale price, but company founder and CEO Jonathan Skogmo said in a statement the brand “was an obvious fit for our portfolio.

how to drink cialis

“We know how to program and package viral videos in ways that resonate with viewers, and that’s exactly what People Are Awesome has done so well,” he said.

Patterned on the success of Jukin’s FailArmy brand, the goal now is to build on the PAA’s popularity, according to Jean Coffey, co-founder and GM of PAA. Jukin’s business model is based on its ability to monetize viral video content through licensing and packaging deals with linear television companies and digital platforms.

Under the deal, Coffey and company co-founder Daniel Rice will become Jukin employees and will continue to work from their office in London, England.

The acquisition comes after months of network expansion. Following a $2 million investment from Samsung, Jukin inked a content deal cialis with RecordSetter to expand its video library of world-record setters. Earlier this summer Junkin also signed content deals with Tiny Riot for access to its collection of cute pet videos via The Pet Collective. It also released an app on Victorious for die-hard Fail accutane second round Army fans.

Combined, Jukin’s brands now have more than 18 million fans online and are projected to generate more than six billion views annually across digital platforms, according to the network.