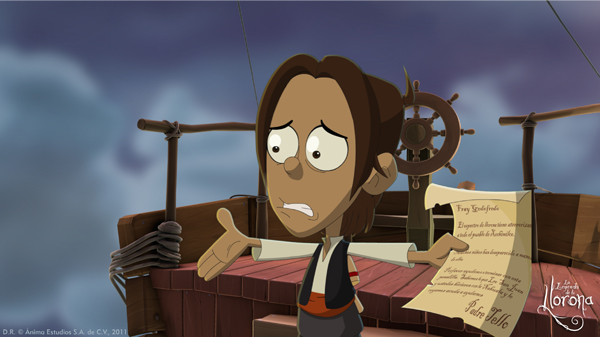 Mexico's Anima Esudios is set to produce Las Leyendas for the SVOD giant as Netflix continues to focus on original kids programming.

The first 13-episode season of Las Leyendas (The Legends), pictured, will bow globally on the streaming service in 2017.

Las Leyendas is set in the 1800s and centers on Leo San Juan, a reluctant but heroic teen boy with the ability to communicate with ghosts and monsters. One day, Leo’s hometown vanishes into another dimension, prompting him to join forces with a phantasmagorical group of misfits.

The bizarre team bands together to defeat Quetzalcoatl, an inter-dimensional entity who has sought to conquer the universe for centuries.

The deal is a significant one for Anima, which is behind such kids content as animated series co-pro Teenage Fairytale Dropouts, El Chavo Animado and 2011’s Top Cat: The Movie. It also falls in line with Netflix’s continued accumulation of original kids programming. Netflix first launched in Latin America in 2011, and the service is now available in more than 50 countries to more than 65 million subscribers.