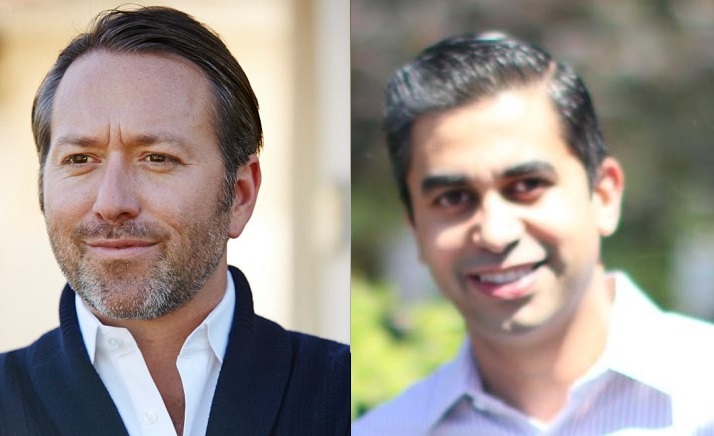 Co-founder Conn Fishburn tells StreamDaily the company is set on global expansion, and with 232 million internet users, India is a good place to start.

Digital media company Zealot Networks is the new owner of Nirvana Digital, an MCN based in India.

In an interview with StreamDaily, Fishburn (pictured, left) said the end goal of Zealot is to be as diverse as possible — and that includes geographic expansion.

With 232 million internet users (according to Lighthouse Insights) and more than 65% of internet traffic stemming from mobile, India seems like a pretty good start when looking outside the U.S. borders.

Nirvana, which has outposts both in San Francisco and Mumbai, appealed to Zealot, in particular, because it owns all of the channels under its network and has an in-house content studio located in Mumbai, said Fishburn.

Nirvana has more than 200 channels, including the YouTube channel for Pakistani network Hum TV (more than 276,000 subscribers) and Punjabi rapper Bohemia (whose channel has gathered more than 30 million views). The MCN owns a total of 250,000 videos amounting to more than 160 million hours of content, and, according to its own statistics, has earned more than one billion views.

Nirvana’s U.S. CEO Manu Kaushish (pictured, right) will continue to oversee the company from his office in San Francisco (as will its Indian CEO, Pinakin Thakkar, who will work out of its office in Mumbai). Fishburn said Zealot has been developing a relationship with Kaushish for many months and the company is eager to make use of the expertise he has developed in the market.

Fishburn said it was not Nirvana’s scale that appealed mainly to Zealot, but rather its operations.

“In terms of number of videos and people attached to the company, Nirvana’s not the biggest acquisition we’ve ever done,” he said. “What this represents is an opportunity for us to better understand a very important marketplace, and an opportunity to learn. The way (Nirvana) looks at acquiring IP and monetizing is really interesting to us,” he said, referring to Nirvana’s strategy to fully acquire content rights from creators.

Nirvana is Zealot’s first acquisition of an MCN, and 18th acquisition overall. Previous acquisitions include management companies such as Converge and online publishers such as NewMediaRockStars, as well as the multi-platform distributor Allscreen. Several of its acquisitions, including DashGo and AdRev has what Fishburn calls “MCN-like components.”

But Nirvana’s in-house studio, as well as a distribution component to its company (it distributes some of its video IP, which includes the educational video series Kid Rhymes, to Hulu, iTunes, Amazon and Mubi) made it an ideal choice for its first MCN acquisition, said Fishburn.

“While YouTube is a main source of revenue and distribution, Nirvana also distributes video content to other platforms, owns or licenses existing content and importantly, will be a producer of original content for multiple platforms,” said Fishburn. “With the footprint Nirvana has in all of those areas, it really opens the door for us to expand in a number of says,” said Fishburn.

While Fishburn said Zealot’s goal is to penetrate markets across the globe, he wouldn’t reveal where the company was hoping to expand to next — simply that it has its sights set on the whole world.

Zealot would not disclose the terms of the deal but confirmed it was a 100% acquisition through a combination of cash and stock.