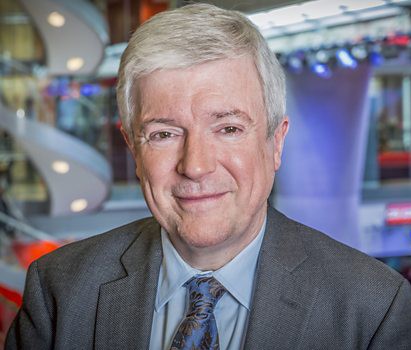 Director general Tony Hall said the new service will showcase British actors and focus on programs that Americans can't get anywhere else.

The BBC Worldwide is going over the top in the U.S.

News of the British broadcaster’s digital plans across the Atlantic were all but buried in a speech delivered by BBCWW director general Tony Hall (pictured) at the RTS convention in Cambridge on Sept. 17.

Hall had few specifics to offer, but said the American OTT service will begin to roll out in 2016.

Details such as price, platforms and a specific launch date were not made public. On content, Hall said the service will focus on “programs (Americans) wouldn’t otherwise get, showcasing British actors, our program-makers and celebrating our culture.”

There’s has been a recent decline in production of original British programming — 13% less production outside of news and sports, according to Hall. While digital streaming services such as Netflix have been pumping out their own originals, that content is not enough to make up for the loss in British programming.

“Netflix and Amazon have produced only a few hundred hours of original content between them — across the world. Almost all of it made in the U.S., not the U.K.,” he said. “It’s really good stuff. House of Cards, for example, (is) an amazing show. But my point is these new businesses are unlikely to address the Britishness problem… the decline in original content from the U.K.”

Watch for more to come from StreamDaily on this developing story.